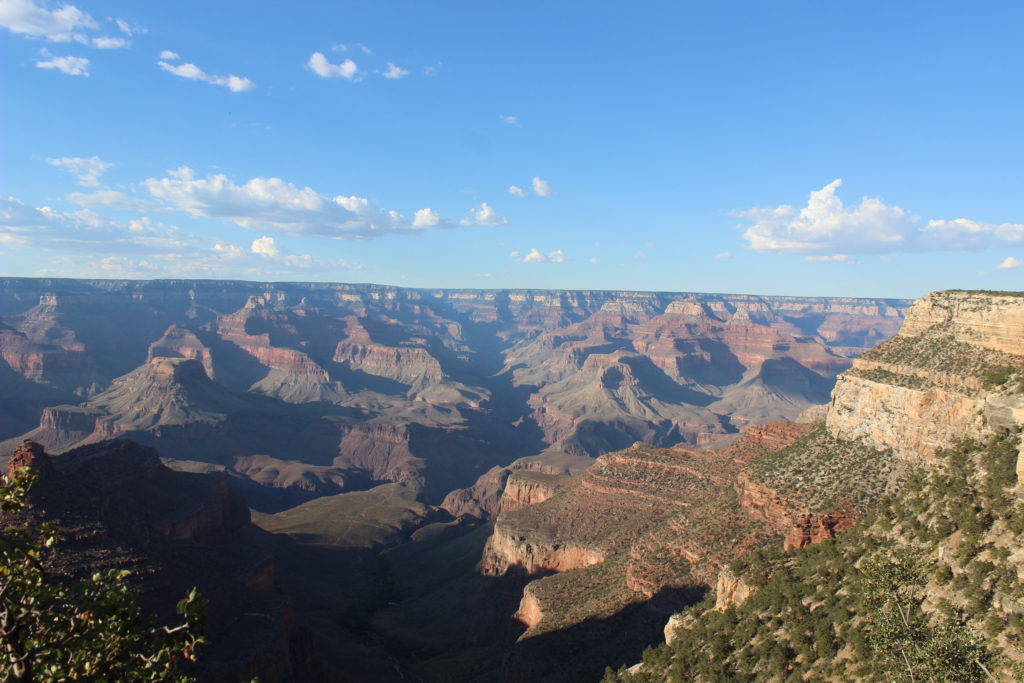 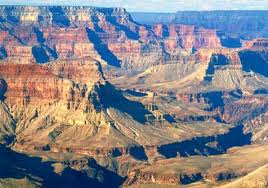 The amazing spectacle that is Grand Canyon, located in northern Arizona, has long defied description. And yet, there’s no shortage of writers who’ve attempted to convey the vast contours and depth of its landscape. Arizona author Leo W. Banks says, “All the descriptions written over the decades land with a dull thud next to the real thing. It’s because the Canyon is overwhelming. It is so personal, yet a beauty beyond us—a far world, unknown, and unknowable.”
The first written accounts of the canyon date back to the 1500’s when the Spaniards entered Arizona and New Mexico in search of treasure. Garcia Lopez de Càrdenas, with the help of Hopi guides from the nearby mesas, became the first European to see Grand Canyon. Unable to cross the impassable void, however, he left frustrated. 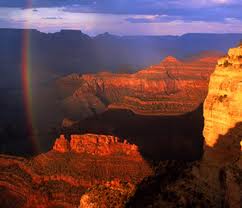 Native American tribes have long occupied the area in and around the canyon, including the Anasazi (the early ancestors of the Hopi), as well as the Hualapai and Havasupai tribes, which occupy reservations in the western canyon. On the North Rim Paiutes worked closely with the Mormons who colonized southern Utah and the Arizona Strip in the 1850’s. The last American Indians to arrive at Grand Canyon were the Navajo, or the Dine (Athabascan people related to the Apache), who moved there from the Northwest around 1400 A.D.
In 1857, Lieutenant Joseph Ives explored the area as part of a U.S. Army survey party, stating pessimistically that “the region is of course altogether valueless. Ours has been the first, and will doubtless be the last, party of whites to visit this profitless locality.” Ives was soon proved wrong.
In 1869, Major John Wesley Powell, a Civil War veteran with only one arm, and nine companions became the first men to journey 1,000 miles on the Colorado River, part of it through Grand Canyon. They braved rapids, heat, plummeting morale, and the loss of three men. Powell’s account of this expedition, Exploration of the Colorado River of the West and Its Tributaries, made him a national hero as well as brought the canyon to the attention of the country. The Paiutes called the plateau that the canyon cuts through “Kaibab” or “Mountain Lying Down,” but it was Powell who first consistently used and published the name “Grand Canyon” in the 1870’s.
Mining soon became popular but proved unprofitable due to the difficulty of extracting and transporting ore from the canyon to the rim. A more lucrative, and less dangerous, option presented itself in the form of tourism. In 1905 the famous El Tovar Hotel opened on the South Rim. In 1908 President Theodore Roosevelt declared Grand Canyon a national monument.
Many stories and legends, some true, some exaggerated, have been told of Grand Canyon and the people who’ve entered its depths. Poet, wanderer, and writer Everett Ruess disappeared in the canyon at the age of 20 in 1934. He’s still searched for today and sung about by medicine men. His legacy is his writings: “I descended alone to the depths, to submerge myself in the steep silence, to be overcome by the fearful immensity, and to drown everything in the deafening roar of the Colorado, watching its snaking writhings and fire-tongued leapings until I was entranced.” 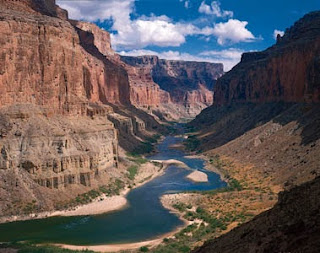 Thank you for posting this article very interesting not so easy to get so much information.

Thanks for stopping by Leonora. Glad you found the post useful.

It's unfortunate that many early explorers were only interested in monetary gain from their explorations and seemed to possess no spirit of wander or awe for natural landscapes. It took those with appreciation for God's creation to really see the humbling beauty of places like the Grand Canyon, Yellowstone and the great Redwood Forest.
This was a wonderful and informative series, Kristy.

Thanks for stopping by, Sarah!

Reply
Cancel
Add Your Reply
This site uses cookies to customize your experience and provide web-based marketing. If you continue to use this site, you accept these terms.OkayRead more