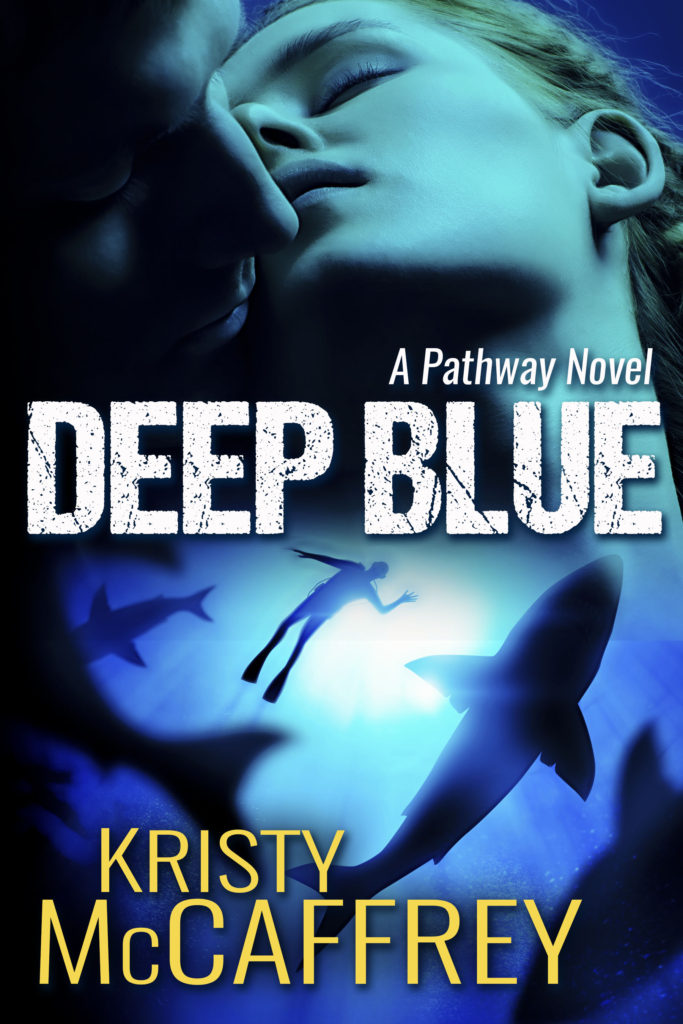 I'm excited to share that DEEP BLUE is now available for pre-order at all e-book vendors!! Buy now and it will automatically load onto your e-reader on February 26. 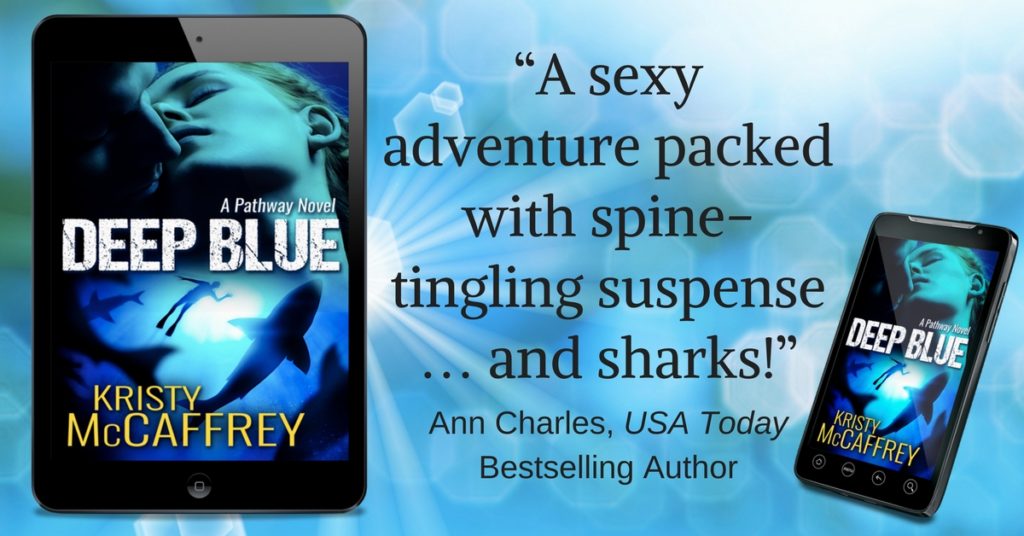 Don’t miss this first book in a sexy and suspenseful new series!!

In the deep blue ocean lives an ancient predator…

Dr. Grace Mann knows great white sharks. As the daughter of an obsessed shark researcher based at the Farallon Islands, Grace spent her childhood in the company of these elegant and massive creatures. When a photo of her freediving with a great white goes viral, the institute where she works seeks to capitalize on her new-found fame by producing a documentary about her work.

Underwater filmmaker Alec Galloway admires Dr. Mann and jumps at the opportunity to create a film showcasing the pretty biologist. As he heads to Guadalupe Island in Baja California Sur for a three-week expedition, it’s clear that his fan-boy crush on Grace is turning into something more serious. But even more pressing—Grace’s passionate focus on the sharks just might get her killed. 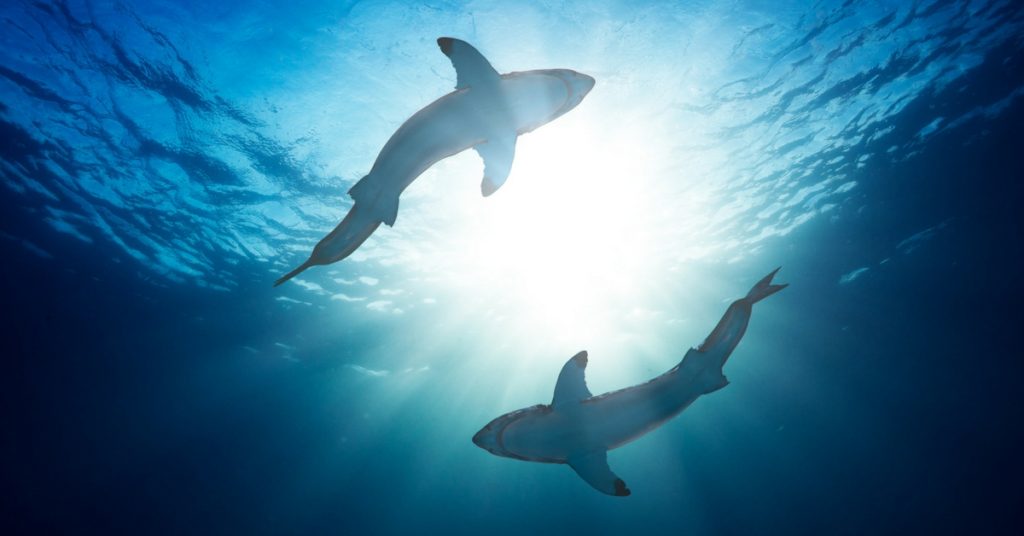 “Have you ever been filmed before?” Alec asked.

“For a full-blown feature?” Grace lifted her glass to her mouth again and downed a big gulp. Either she was very thirsty or nervous. If it was the latter—and he hoped it was—then maybe she wasn’t immune to him after all.

All the bullshit about workplace romances circled inside his head for a brief, annoying moment. If she gave him a chance, would it be worth the risk of screwing up their professional relationship? Would he have the strength to say no to a woman like her?

“No.” She answered her own question.

Shaking off his randy thoughts, he said, “I’ll want to film just about everything you do, and we’ll likely need to set up shots as well. And I’ll do direct interviews as we go.”

“I do want you to speak openly about your feelings for every shark,” he teased.

“I don’t know. It’s usually better not to show all your cards at once.”

Alec loosened his tie. “But then you might lose that one special fish.” He unbuttoned his left cuff link and rolled the sleeve to his forearm.

“There’re plenty more where he came from.”

He repeated the action on his right arm. “The best ones are always endangered.”

He enjoyed the sparkle in her eye as she gave a slight smirk and a blush crept up her face.

She definitely wasn’t immune to him. He couldn’t keep the shit-eating grin from his face.

“Don’t get too happy, Galloway.” She leaned back in her seat and crossed her arms. “Stewart said he hasn’t told you everything about the expedition.”

She paused, pressing her lips together. “I’m planning to do something I’ve never done before at Guadalupe. I’m going to freedive with the whites. I know you have a lot of experience filming sharks, but this will be different. You’ll likely have to leave the cage. I need to know that you’re up for it.”

Alec watched her. The dark burgundy lipstick was long gone, and she hadn’t bothered to replace it. He preferred women without a lot of fluff, but when Grace cleaned up, she was nothing short of stunning. But what really grabbed him, especially now, was the gleam in her eyes as she spoke about her work.

“My partners and I can use rebreathers.” The lack of bubbles and noise from a rebreather was exactly why Alec used one for long dives, but they were riskier than normal scuba equipment, so he didn’t operate one unless needed. “And I’ve been outside the cage before. How many times have you freedived with whites?”

Grace cleared her throat and licked her lips. “Including my famous photo? Once.” 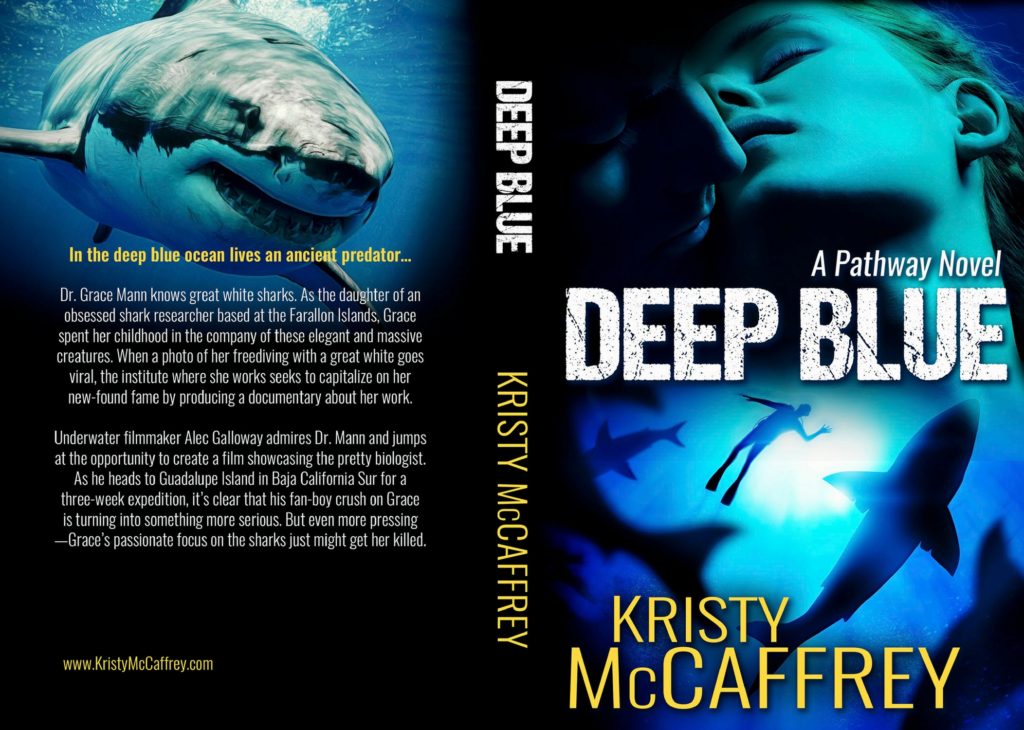