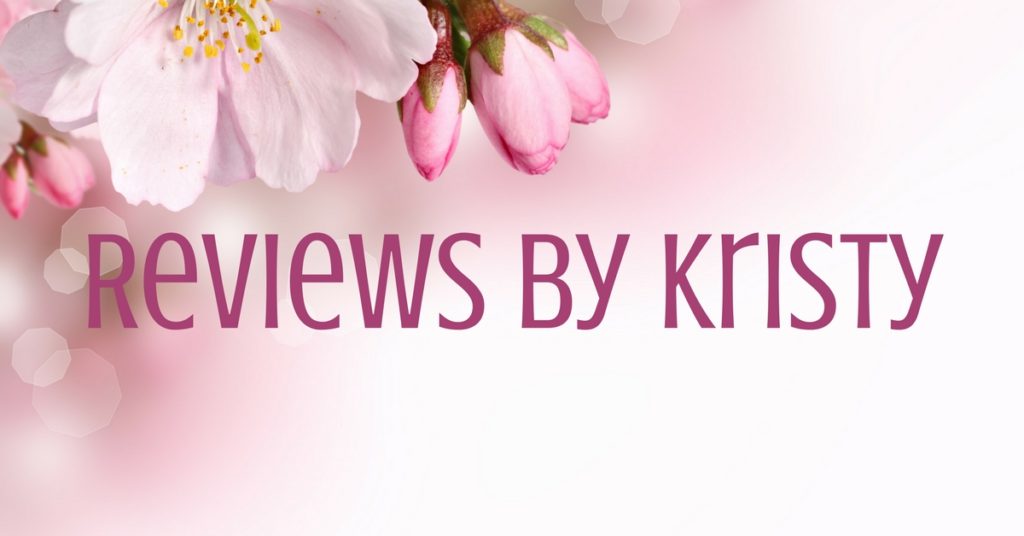 All Reviews By Kristy McCaffrey

(Links are to Amazon, but many of these books are available at B&N, iBooks, Kobo, and Google Play.)

This epic novel alternates between two women—Catherine Velis, a computer expert living in New York City in 1972, and Mireille de Rémy, a novice at Montglane Abbey in the south of France in 1790. Their fates are intertwined due to the Montglane Chess Service, an ancient (and possibly magical) chess set once owned by Charlemagne. As both women are compelled into searching for the chess pieces scattered around the world, their lives are forever changed, because entering the Game means a race for unlimited power. This novel was published in the 1970s but still holds up today. Ms. Neville has woven fiction around history, with many famous players showing up—Catherine the Great, Napoleon Bonaparte, and French mathematician Fourier—and the resulting story is so seamless that you will be hard-pressed to distinguish fact from fabrication. She also deeply explores the science behind her fictional Montglane Service, and you won’t be disappointed by the revelations. I guarantee you’ll never look at the game of chess the same again. This is a gripping, hard-to-put-down novel that will make you feel smarter from having read it. I highly recommend.

The Eight by Katherine Neville

In 1876, sixteen-year-old Nel Higgins suffers at the hands of her abusive pastor father while trying to protect her younger siblings and her mother. When tragedy strikes, she is forced to face the world in ways she’d never imagined. She and her younger sister, Annie, soon find themselves on the famous riverboat, the Far West, and are swept into the violence and heartbreak of Custer’s Last Stand.

The entire book is told in diary entries and it is to Ms. Jeppsen’s credit that this technique works so well. I was riveted to the story and couldn’t put it down. Nel is an engaging character, who is, at turns, frightened and heroic. She filters life’s events through an impassioned lens of curiosity. You will cheer her along while hoping for the happily-ever-after she so deserves. A heartfelt and captivating tale.

For centuries, rogue waves have been the topic of myth and local lore, stories shared by ancient sailors who spoke of their colossal size and destructive force. Even today, with the technological advances of satellite tracking and computer modeling, we are still unable to accurately predict these giant monsters. Ms. Casey delves into the scientists who study them and the brave surfers who attempt to ride them. She writes about Lituya Bay in Alaska, a protected inlet just north of Sitka, and the freak waves that have repeatedly scoured the steep canyon walls and killed whomever happened to be in their path. In 1854, a purported 395-foot wave ripped through the bay with such force that the bark was stripped from trees. Casey also interviews marine salvagers and the nonstop work they do in a stretch of water in the Indian Ocean known as the Agulhas Current, which lies along the tip of South Africa. Numerous freighters and cargo ships are frequently in trouble in these waters, some disappearing before aid can be rendered with no trace of crew or cargo. Giant waves can literally snap a vessel in half.

Why do these waves occur? Seismic activity and underwater geological formations play a role, as does the climate. Her conclusions are chilling, especially considering climate change. If you live on the west coast of the United States, the threat of a destructive tsunami is very real. But the most interesting part of the book is the big wave surfers such as Laird Hamilton. These men (and, at the time of the book’s publication, one woman) chase random and behemoth waves around the globe in the hope of riding one. Hamilton fine-tuned the art of tow surfing specifically to reach ocean conditions of this type. The surfers’ relationship to the unfathomable power of these waves is inspiring and outrageous and humbling.

The Wave is filled with hard science, heartbreaking disaster, and frightening predictions of future tsunamis hitting coastal cities. It’s also a testament to our desire to challenge the awesome sovereignty of nature.

The Wave by Susan Casey

Fighter pilot Alisa Marchenko has been left stranded after suffering injuries during a war in which her side—the Alliance—overcame the tyranny of the Empire. She decides to steal a freighter to return to her home planet in order to retrieve her daughter. With Mica, an Alliance engineer, by her side, they compile a motley crew which includes a bodyguard named Beck and an Empire cyborg named Leonidas, although he’s more man than machine. A few passengers come along as well and soon become major characters as they fight off pirates and attempt to learn why a cyborg facility was massacred.

This is a fun story filled with action, adventure, a strong heroine in Alisa and a brooding yet honorable hero in Leonidas. This is the first of a multi-book series, so many plot points aren’t immediately resolved but it promises to be an entertaining saga.

In the near future, London is policed by an army in search of clairvoyants. Those who possess such gifts commit treason simply by existing. Paige Mahoney is a dreamwalker, a very rare voyant, making her valuable to the criminal underworld. When she is caught and imprisoned, she believes death will be her fate. She soon learns, however, that something worse is at play. Living side-by-side with humans are a race called the Rephaim, and they also covet Paige’s gift. She’s placed under the care of a Rephaite called Warden, but it quickly becomes clear that humans are slaves of the Rephaim. If Paige hopes to escape, she must get close to her otherworldly captor, but that proves even more dangerous as she develops feelings for him. The Bone Season is an ambitious first novel, and while the world building was somewhat confusing at times, I was swept along with the story, flying through the pages to see how it would end. Thankfully, there’s a second book available to pick up where this one ends.

The Bone Season by Samantha Shannon

Scottish Highlander Iain MacKinnon captures an Englishman’s daughter in retaliation for the kidnapping of his young son. As he bargains for a trade, it becomes clear that the Englishman has no interest in his daughter Page. While Iain gains his son, he also must ponder what to do with the girl. Feeling that no one should be denied by their father, he takes her with him. The bulk of the story encompasses the growing relationship between Iain and Page. This is an old school romance novel with an emphasis on inner dialogue and lengthy love scenes, and I loved it. Iain is a tortured and compelling hero, and Page is a plucky heroine despite the circumstances. The romance was smoldering, and I cheered the ultimate happily-ever-after.

English soldier Piers Montgomerie, also known as Lyon, has been given land in Scotland as a reward for service. As he struggles to make peace with the Highlanders that surround him, Meghan Brodie literally walks right into his hands. Once he lays eyes on her, he knows that his world has changed dramatically. Marrying her will solidify his standing with the Brodie clan—Meghan’s three brothers—but even more than the advantageous union, Lyon comes to realize that Meghan is unlike any other woman he has ever known. This is a wonderfully compelling romance of a stern hero hiding deep philosophical angst and a headstrong heroine struggling to be seen for her mind rather than her beauty. Their banter is delightful and, at times, downright hilarious. I couldn’t put this down and read it nearly straight through. If you’re looking for a sigh-worthy romance with a dash of humor and some major heat, then this book is for you.

Seana lives in the forest away from the major clans but is desperate to find a better home for her ailing father. She has convinced herself that she loves Broc, but with him showing little interest in her beyond friendship, she turns to Colin Brodie—Broc’s best friend—for help. Colin has a reputation with the ladies that is hardly a secret, and when Seana starts to fall for him she knows it’s the stupidest thing she’s ever done. I have to admit that I was very curious to see how Colin and Seana would come together, and Ms. Crosby did a fine job with it. It was very romantic and believable, with a dash of Scottish magic thrown in. But would you expect anything less in this wonderful series?

Why does a seasoned hunter die when catastrophe strikes in the wilderness, but a four-year-old child manages to stay alive? What separates the victim from the survivor? Mr. Gonzales has written a comprehensive book on the subject, analyzing accounts of tragic misfortunes for clues. And at the center lies the brain. How quickly a human adapts to a rapidly deteriorating situation—whether it be the sinking of a boat in the ocean or a broken limb on a mountainside or the imprisonment in a World War II German POW camp—has everything to do with letting go of preconceived notions of how the situation should be and instead facing the reality of what lay before them and how to develop a plan of action. We must plan, but we must be able to let go of the plan as well.

Gonzales states, “The environment we’re used to is designed to sustain us. We live like fish in an aquarium. Food comes mysteriously down, oxygen bubbles up. We are the domestic pets of a human zoo we call civilization. Then we go into nature, where we are least among equals with all other creatures. There we are put to the test. Most of us sleep through the test. We get in and out and never know what might have been demanded. Such an experience can make us even more vulnerable, for we come away with the illusion of growing hardy, salty, knowledgeable.”

In the end, he boils it down to the following rules of adventure: perceive, believe, then act—intelligence is a matter of “guessing well.” Avoid impulsive behavior; don’t hurry. Know your stuff—a deep knowledge of the world may save your life. Get the information you need for the activity you plan to engage in. Commune with the dead—meaning, understand how other people got into trouble and why they died. And most importantly, be humble. Embrace the beginner’s mind. A Navy Seal commander stated that “the Rambo types are the first to go.”

A comprehensive and well-written book.

This is an excellent resource for an author to understand his/her work in the context of the current e-publishing market. While Quinn’s advice seems obvious, it surprised me how much I gained from her insights. I’ve written for both love and money, and now I can put both to rest in my mind instead of struggling endlessly to sell a book that might not be all that marketable. And, as Quinn states, that’s okay. Along the same lines, writing for money is an important tool that an author must understand if they hope to find some measure of success with a writing career. While other books present similar ideas, Ms. Quinn offers it in a fast, easy-to-digest format.

For Love Or Money by Susan Kaye Quinn