This long novella was previously published in the anthology A COWBOY TO KEEP, and is loosely tied to Kristy’s novel ANCIENT WINDS, Book 3 in her Pathway Series.

“I thoroughly enjoyed this enchanting story.” ~ Dixie Lee Brown, author of the Hearts of Valor series

“… adventure, abundant emotions and a great all around story!” ~ Barbara C., Goodreads

“Wow, what a story! … main characters were extremely likeable and the hint of the paranormal added a depth … that was awesome.” ~ Linda F., Goodreads

“… a very romantic western with some surprises popping up that I wasn’t expecting.” ~ Connie, Goodreads

The damned calf was stuck in the brambles again.

Braden Delaney swung down from his horse, his spurs jangling, and approached the mewling youngster. The calf thrashed in a mess of bushes beneath a stately juniper tree with shredded, red-colored bark. It reminded Braden of pulled-pork barbecue. It was on the menu tonight if Lewis, wrangler and cook during roundups, had been telling the truth this morning before the five of them had headed out.

It was late in the day and Braden’s stomach rumbled in response.

He’d take care of this problem and then head back to base camp—three airstream trailers and a horse trailer with a built-in bunk for Braden.

Braden knocked the brim of his Stetson up a notch and went to work prying the animal from the tangled jumble of branches. His gloved hands made fast work of the situation, and before long he’d set the calf on all fours. The animal took off at a lope, headed toward a band of larger cows, one of whom was likely his mama.

It was the third rescue he’d performed on the calf in the past two days. The contrary little beast had a knack for wandering and getting into untenable predicaments. He should just usher it to the makeshift corral a few miles to the southeast, but Braden wasn’t quite ready to bring in this cluster of cattle, and he didn’t want to separate the calf from its mother.

Billy Lasco, his range foreman, would be up in a few days with two large semi-trucks to collect the cattle they’d gathered and transport them to the Delaney Ranch fifty miles to the south. Braden would guide the wayward calf and his mama into camp then. His current plan was to simply flush the cows and steers hiding out in the rocky hillside into the open plain below.

As he returned to his horse, a scream and a crash spun him around.

Had a steer just rolled down the slope? Braden circled, searching for an injured critter.

But it was no animal.

A woman lay on her back, grimacing.

Braden moved quickly to her side. “Are you all right, miss?”

She pushed to sit, leaves and sticks in her brown hair, askew in a haphazard ponytail. She wore trail pants, hiking boots and an ivory t-shirt. His eyes jerked back to the shirt, not sure he’d read correctly the word printed on it. Yep, he had. BOOBIES covered the spot where those very things resided, round and nicely shaped. Then he saw the image above the word—two birds with blue feet. Blue-footed boobies. Despite the dire situation, a smile tugged at his mouth.

She winced as she shifted onto her bottom.

Braden sidestepped rocky bits of rubble and knelt beside her. “Did you fall?” He glanced upward at the ridge casting a shadow over them. It had to be at least twenty feet high.

The woman frowned as she plucked offending items of debris from her hair. Her eyes suddenly locked on him, as if she hadn’t been aware of him until just that moment.

He offered a hand, which she took, and as he stood he brought her to her feet as well.

“Are you hiking?” he asked.

She twisted to dust off her backside, and the movement only served to accentuate her t-shirt and her very nice female attributes. He shifted his gaze just in the nick of time before she swung her attention back to him. “Kind of.” She extended a palm. “Audrey Driggs. I’m an investigator for Heritage Archaeology. And you must be a real-life cowboy.”

He gripped her hand, then released it. “What gave it away?”

She released a breezy laugh along with a subtle smirk. “The hat. I noticed you and your boys yesterday. Are you doing some sort of round up?”

“Delaney?” Her eyebrows lifted in recognition and bright hazel eyes held him spellbound. “Then you own the grazing leases in this area.”

Shaking off his fascination, he nodded. Technically his mother owned them, but since his dad had passed away two months ago, he’d all but taken over management of Delaney Ranches. “Are you an archaeologist?”

She rested hands on hips, and he had to make a conscious effort to keep his eyes on her face. What a goddamned distracting t-shirt.

He was twenty-eight years old; it wasn’t like he’d never seen a woman’s breasts before.

Irritated, he asked, “Why are you out here?”

“The firm I work for was contracted by the State Land Department to assess possible prehistoric sites in the area. I was hunting around on that ledge up there when I fell. Sometimes I forget to look around when I’m focused on something.”

“Sounds dangerous. You ought to be more careful.” Her presence nagged him, though. “You think there’s Indian ruins out here?”

“Not sure. The State had some info that there’d been signs of possible artifacts, and they wanted an assessment done.”

“Does that mean my leases will be revoked if you find something?”

Ms. Driggs shrugged. “I can’t speak to that, I’m afraid. I guess it all depends on what I dig up. Well, I should probably be getting back. It was nice to meet you, Mr. Delaney.”

She moved but released an unladylike grunt as her leg gave out. His arm shot out to steady her. “Easy.”

“I’m fine, really. I think I just twisted my knee.”

Stepping away from him, she attempted to walk again, but her face scrunched into a grimace, and she groaned in clear frustration.

“Do you have a campsite set up somewhere?” he asked.

“That’s kind of far. You did a lot of scouting today. I’ve got my horse. I can take you to my basecamp. I’ve got some ace bandages you can use to wrap that knee, and I can offer you dinner.”

“I don’t want to be a bother. You could just drop me at my tent.”

“If you’ve got a bum leg, how will you get around? Where’s your car?”

She released a pent-up breath. “It’s on that access road to the south.”

“That’s even farther away. It’s getting late. Skip, one of my men, can have a look at your leg.”

“My men are a good bunch, if that’s what you’re worried about.”

She bit her lower lip and bobbed her head in silent agreement.

“And I’ll bring you back to your camp tonight if you want, or you can stay over. We’ve got several trailers.”

“You and your men probably know this area pretty well, right?”

She watched him more closely, no doubt sizing him up. He returned her gaze, narrowing his eyes at the lovely dirt-digger.

“All right then. I’d be happy to accept your offer of food, medical attention, and possible lodging. But first, I’ve got one request.”

“Could you get my pack off that ledge?”

Braden craned his head back. “We could circle around and come at it the back way. Let me get my horse.”

He’d rescued more than a calf today. He hoped he wouldn’t regret the distraction. Not only did he need to get this roundup completed, he had the issue of Whisper Rock to deal with. And his mother wasn’t going to like it.

As the sun began to set, he guided his horse through clusters of ponderosa pines in search of a backpack while the owner was tucked in behind him.

And damn if her distracting boobies didn’t bump up against him. 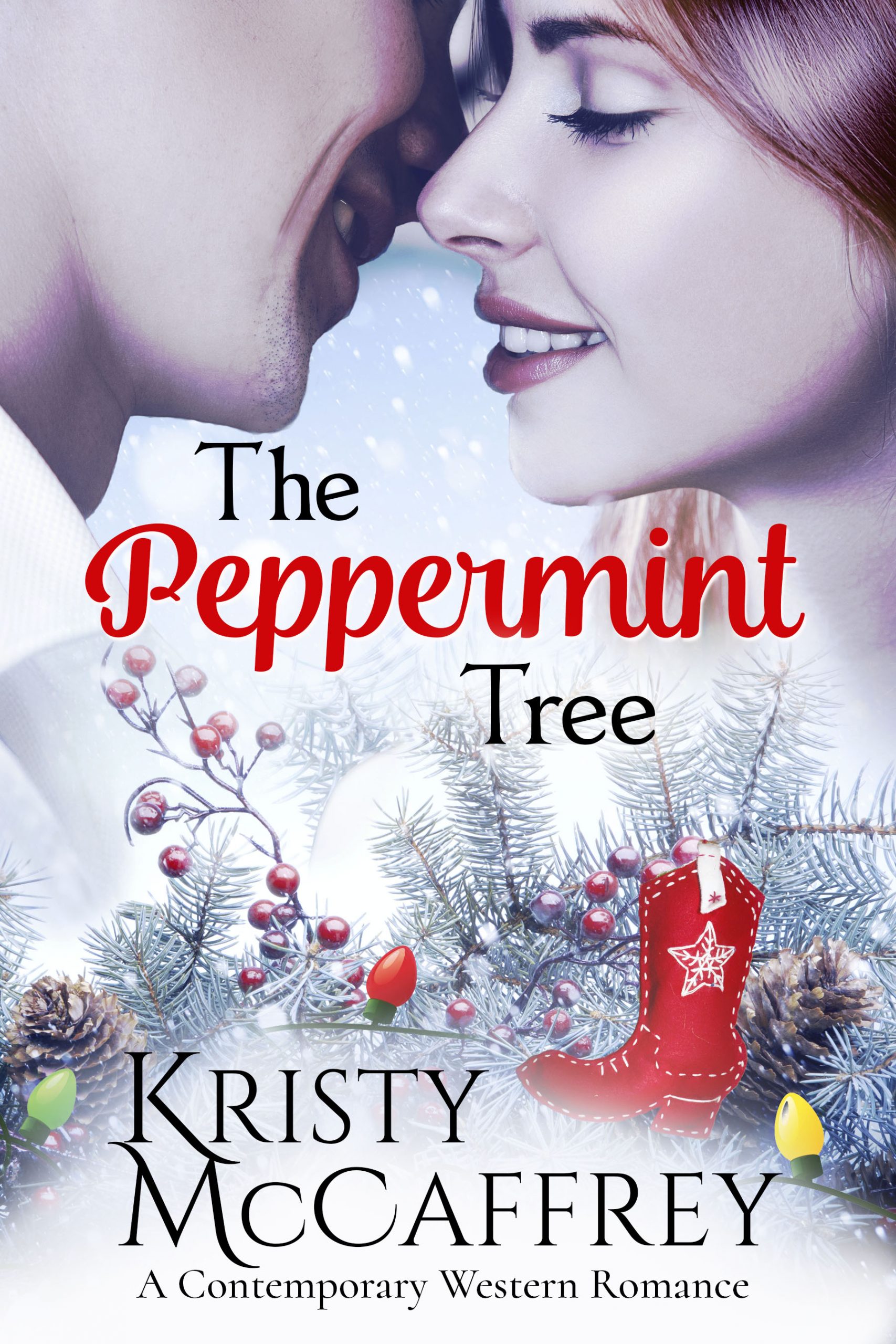 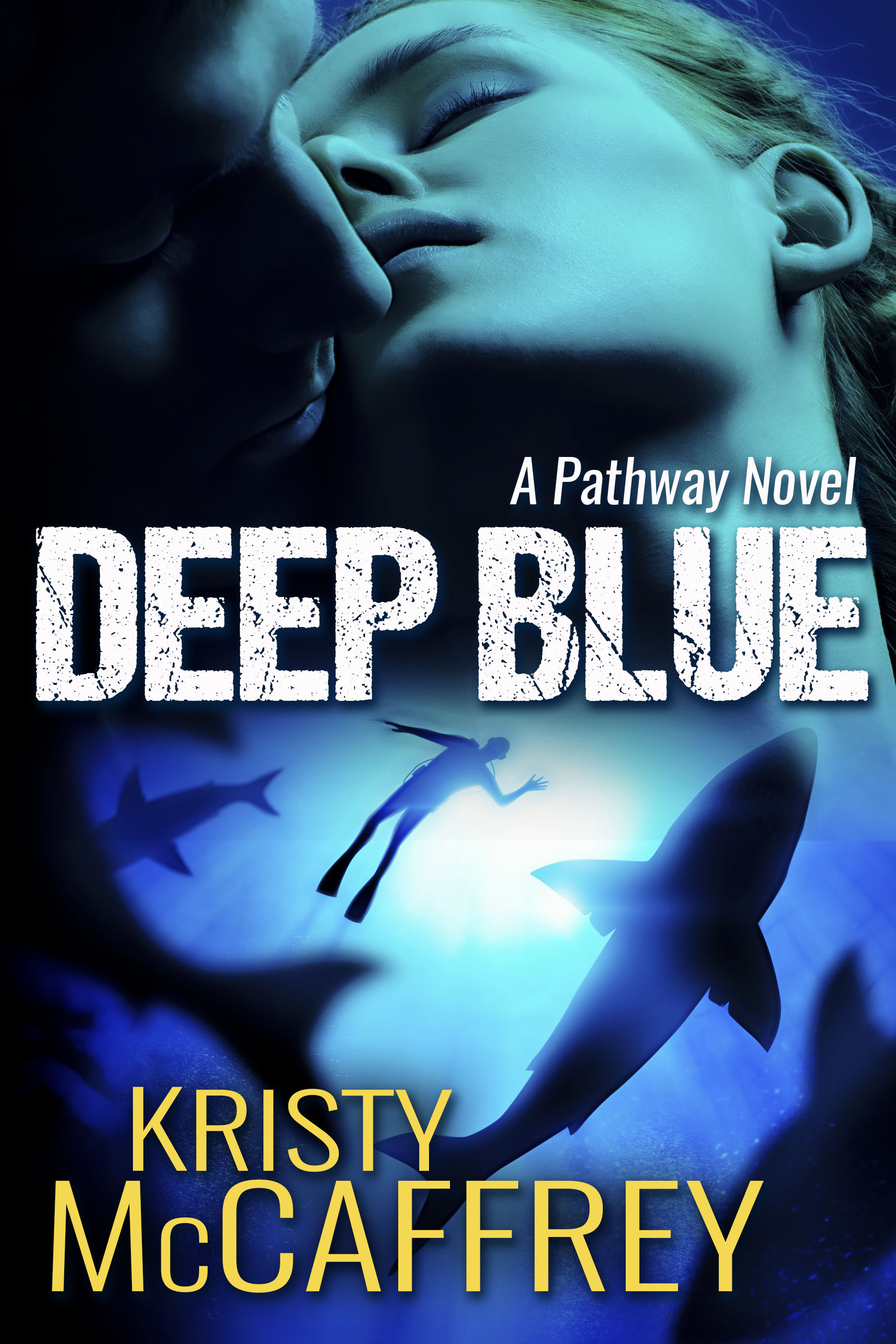 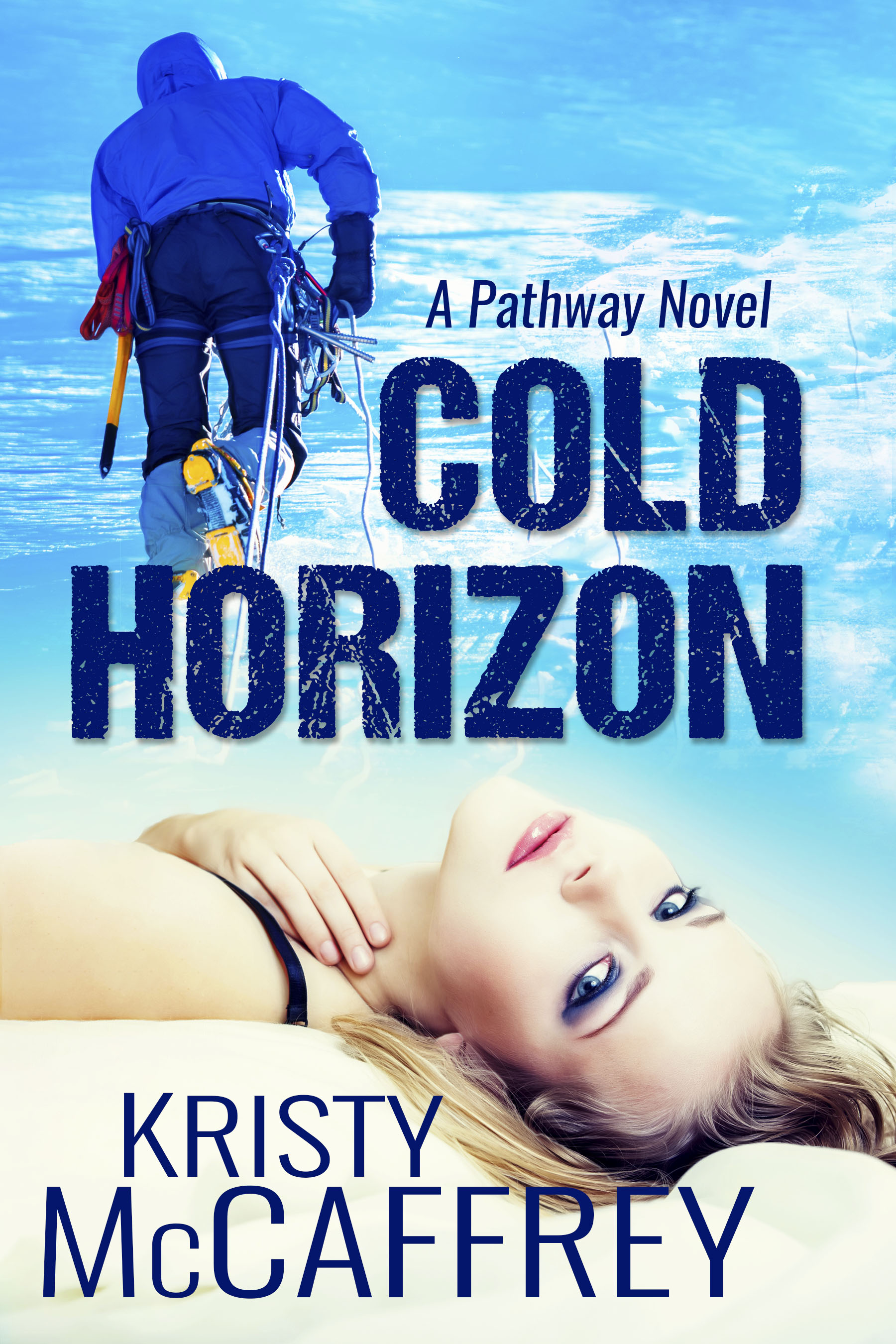 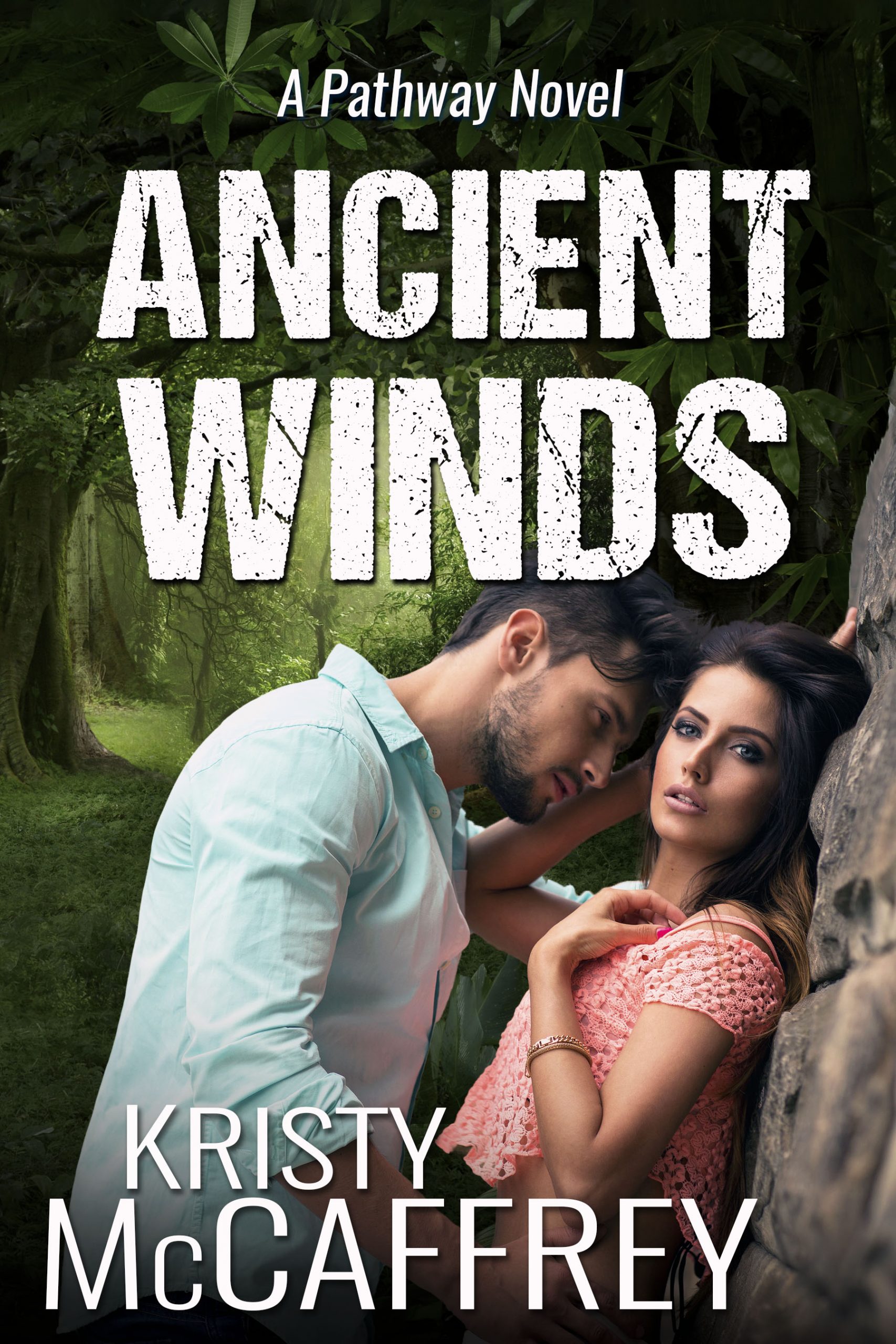