How is a woman supposed to catch a husband? In the wild, wild west, she’s got to find a way to Lasso a Groom! Some of them are lawmen…some are outlaws. Ranchers and homesteaders are fair game, as well—none of ’em safe from love’s lariat, or the women who finally manage to rope ’em in!

DON’T GO SNARING MY HEART by Jacquie Rogers
Can rancher Dex Madsen get past loner Betsy Lynch's goats and killer chicken to help save her mining claim and win her heart?

RACE TO MARRY by Kirsten Lynn
He’s in town to tame a man-killer. She’s accused of being one. When she proposes marriage the race is on.

CANYON CROSSING by Kristy McCaffrey
In search of her brother, Annabel Cross enters Grand Canyon. When U.S. Deputy Marshal Angus Docherty rescues her from a cliff side, her most guarded secret might save them.

THE PERFECT HOMESTEAD BRIDE by Linda Hubalek
Will a dangerous man from Gussie Hamner’s past sabotage the future she’s building with Noah Wilerson?

THE WORST OUTLAW IN THE WEST by Kathleen Rice Adams
An inept bank robber and a bossy spinster team up to rob an empty vault. What could go wrong?

“…stories that will make you smile, chuckle, and laugh right out loud.” ~ Rising Star Reviews

“Readers can't go wrong with a Prairie Rose collection, and this is no exception.” ~ Caroline Clemmons, author of The Most Unsuitable Wife

“…collection is worth reading…” ~ Amazon reader

She dreamt she died in Grand Canyon.

Annabel’s eyes flew open and she gasped for breath. Lying on a narrow precipice, hundreds of feet from certain death, the Grand Canyon beckoned to her, ready to cradle her in its otherworldly embrace. Did she still dream?

Carefully, she pushed herself upright, hardly daring to breathe. Perched on the edge of a cliff, she was inches from a dramatic fall. A side glance to the east told her the sun was rising. What had happened? She and her guide, Frank Smith, had made camp, eaten a meal of beans, biscuits, and coffee, and then gone to sleep. Where was he? Where was the mule, Speck, who carried their gear? Had they fallen to their deaths?

Annabel sought to calm her panic. She was only twenty years old, she couldn’t die now. A slight movement caused her to slip; she frantically grabbed a scraggly bush, fear filling her with desperation. Finally, she stopped, barely daring to breathe lest it dislodge her further. Her mind raced for a solution.

Maybe Frank was nearby.

“Help.” Her voice was weak.

“Are you hurt?” a man yelled from above.

“Yes, yes. I’ll try.” She attempted to quiet her shaking.

A knotted cord slapped the ground beside her. Slowly, she reached out with her right hand and grasped it. Letting go of the bush, she clung to the lifeline with both hands. In small increments she moved upward, all the while straining not to slip off. Just as her aching palms screamed for release, she neared an unseen ledge that harbored the man and the life-saving tether. As she struggled to climb over the edge, a large shadow reached for her and strong arms yanked her to the safety of flat ground. A man hovered above, breathing heavily.

“I can’t thank you enough,” Annabel said. Drained of strength, she lay on the ground, facing the sky. “How did you find me?” She winced as the rising sun glowed behind him, casting the man into an enigmatic dark silhouette. Shading her eyes, a flash caught her eye. He wore a badge, a silver star.

“I heard your cries for help,” he replied.

“U.S. Deputy Marshal Angus Docherty, miss.” He tipped his hat. “How is it that you’re down here?”

Annabel scooted to a sitting position away from the precipitous drop-off and scanned the surroundings. The trail from the Grand View Hotel was narrow, but she and Frank had made camp here anyway. There’d really been no choice. But now, there was no sign of it at all. Frank, Speck, and all the gear had vanished. Had she fallen asleep and rolled out of the encampment? It was certainly possible. She could’ve perished in her sleep and not even known it. Her heart pounded from the near-miss with death.

“I was with a guide and a mule,” she said. “But I don’t know where they are.” The entire incident seemed incomprehensible to her.

“What’s your name?” the marshal asked.

“You’ve no idea how you came to be down there?” The man nodded just beyond the cliff from which he’d recently rescued her.

“I must’ve fallen in my sleep.”

“Why did the guide leave you behind, then?” The marshal’s voice — recovered from his exertions — spoke in careful measures.

“With all of your gear, and the mule?” He sounded skeptical. “There’s no sign of anything resembling a camp here.”

Annabel didn’t know what to think. The truth was, she hardly knew Frank Smith, but when she’d employed him at the Grand View Hotel on the South Rim three days ago the older man had appeared quite amiable and helpful. Granted, he wasn’t a guide, but rather a prospector, and a little off the mark in intelligence, but he knew of her brother and said he’d take her to him. It was exactly what she needed.

The marshal shifted his stance and his big form now blocked the sun, allowing her to see his face better. Brown hair showed from beneath a hat and a slightly unshaven face framed a steely gaze. He removed his gloves, knelt down, and touched her forehead. Annabel froze, unbalanced by his sudden close proximity.

“You’ve a nasty bruise and dried blood,” he said. “Did someone hit you?”

She gave a shake of her head. “Not that I recall.” Her strained voice gave away her discomfort. The marshal’s presence sent her nerves reeling. What was wrong with her? It had to be her near-death fall — or whatever had happened — because normally, she wasn’t so jittery.

She talked to the dead, after all. 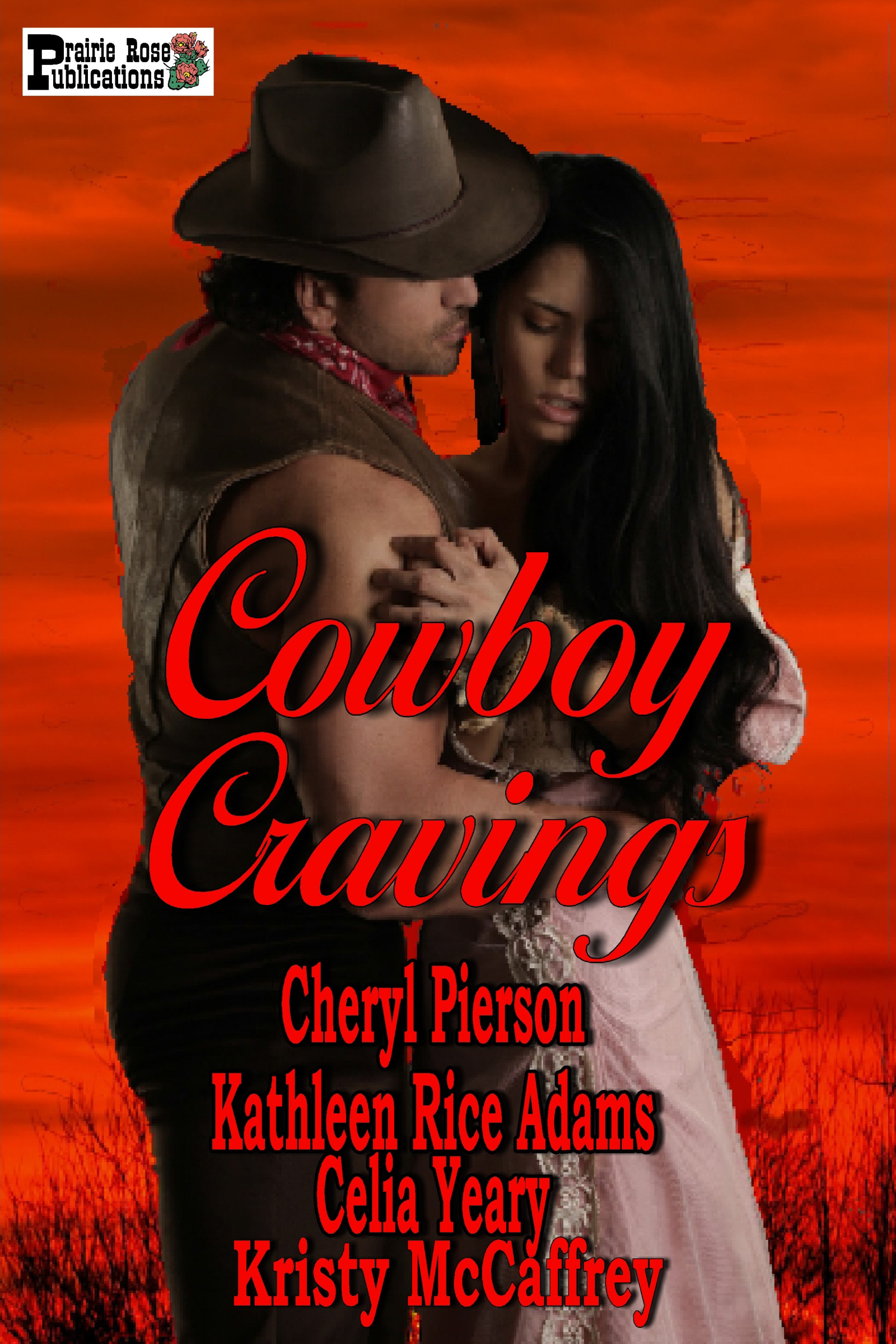