How are the energy vortexes of Sedona related to my cowboy romance story? 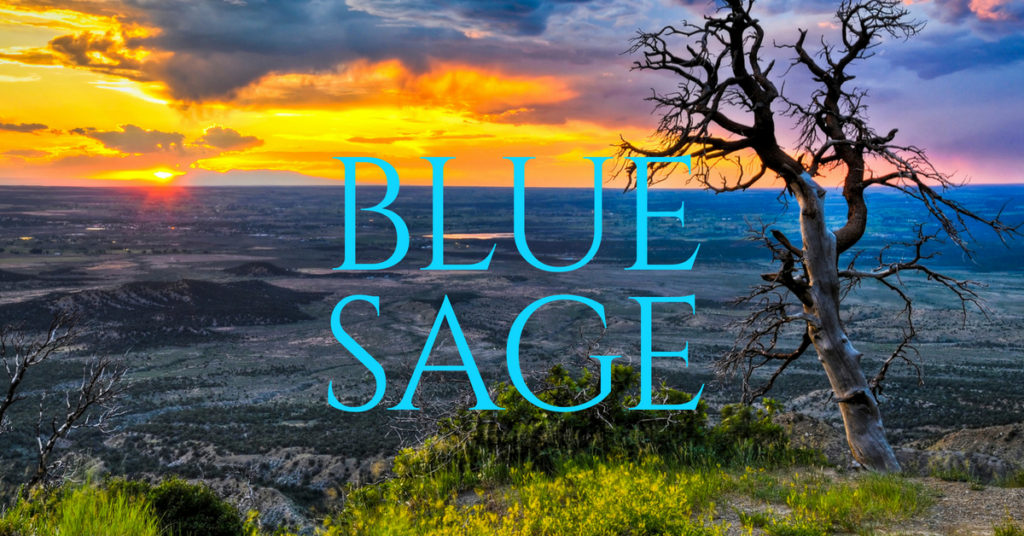 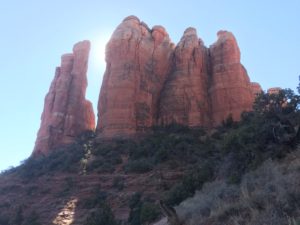 How did Sedona get so famous? Her reputation as a spiritual center got quite a boost in 1987 when a man named José Arguelles, a New Age artist and author, stated that a great Harmonic Convergence would take place in August, based on dates provided in a 1971 book called Lord of the Dawn by Tony Shearer. During this convergence, the earth would start slipping out of its “time beam” and risk spinning off into space, and there would be a higher incidence of déjà vu and UFO sightings. Only through the focused psychic efforts of the human race would the earth remain in place. If enough people gathered at sacred sites around the world then a New Age would begin, and the earth would remain safe and enter a new era of harmony and love. Of course, we know that our home did not spin wildly into space, perhaps because of this widespread moment of meditation of which Sedona was a major player. :-)Sedona—located a two-hour drive north of Phoenix, Arizona—is a place where spiritual and psychic energies are enhanced. While the entire town is considered to be an energy vortex, there are specific areas that people visit for maximum meditation enjoyment. The top four Sedona vortexes are located at Airport Mesa, Cathedral Rock, Bell Rock, and Boynton Canyon. Each spot radiates its own particular energy, some producing energy that flows upward while others have energy spiraling downward and entering the earth.

My daughter and I at the saddle of Cathedral Rock, Sedona, Arizona.

But more importantly, what are these spiritual cracks in the earth? The answer may be tied to ley lines—magnetic pathways that likely hold the secret to bird, mammal, and even bacterial migrations. Confirmation by modern measurements has shown these lines to flow in gentle curves along the lay of the land. Most humans can sense a difference in a local magnetic field of only a few gammas; energetic places like Sedona have anomalies that are far stronger.

In my recently re-released western romance, BLUE SAGE, Braden and Audrey find a place with magical properties, not far from Sedona. 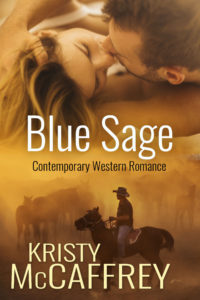 This long novella was previously published in the anthology A COWBOY TO KEEP, and I’ve added minor updates to the text. 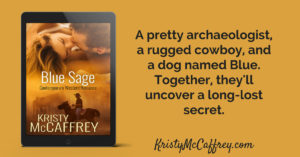 The damned calf was stuck in the brambles again.

Braden Delaney swung down from his horse, his spurs jangling, and approached the mewling youngster. The calf thrashed in a mess of bushes beneath a stately juniper tree with shredded, red-colored bark. It reminded Braden of pulled-pork barbecue. It was on the menu tonight if Lewis, wrangler and cook during roundups, had been telling the truth this morning before the five of them had headed out.

It was late in the day and Braden’s stomach rumbled in response.

He’d take care of this problem and then head back to base camp—two airstream trailers and a horse trailer with a built-in bunk for Braden.

Braden knocked the brim of his Stetson up a notch and went to work prying the animal from the tangled jumble of branches. His gloved hands made fast work of the situation, and before long he’d set the calf on all fours. The animal took off at a lope, headed toward a band of larger cows, one of whom was likely his mama.

It was the third rescue he’d performed on the calf in the past two days. The contrary little beast had a knack for wandering and getting into untenable predicaments. He should just usher it to the makeshift corral a few miles to the southeast, but Braden wasn’t quite ready to bring in this cluster of cattle, and he didn’t want to separate the calf from its mother.

Billy Lasco, his range foreman, would be up in a few days with two large semi-trucks to collect the cattle they’d gathered and transport them to the Delaney Ranch fifty miles to the south. Braden would guide the wayward calf and his mama into camp then. His current plan was to simply flush the cows and steers hiding out in the rocky hillside into the open plain below.

As he returned to his horse, a scream and a crash spun him around.

Had a steer just rolled down the slope? Braden circled, searching for an injured critter.

But it was no animal.

A woman lay on her back, grimacing.

Braden moved quickly to her side. “Are you all right, miss?”

She pushed to sit, leaves and sticks in her brown hair, askew in a haphazard ponytail. She wore trail pants, hiking boots and an ivory t-shirt. His eyes jerked back to the shirt, not sure he’d read correctly the word printed on it. Yep, he had. BOOBIES covered the spot where those very things resided, round and nicely shaped. Then he saw the image above the word—two birds with blue feet. Blue-footed boobies. Despite the dire situation, a smile tugged at his mouth. 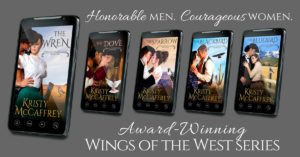