Grimoires and A New Release 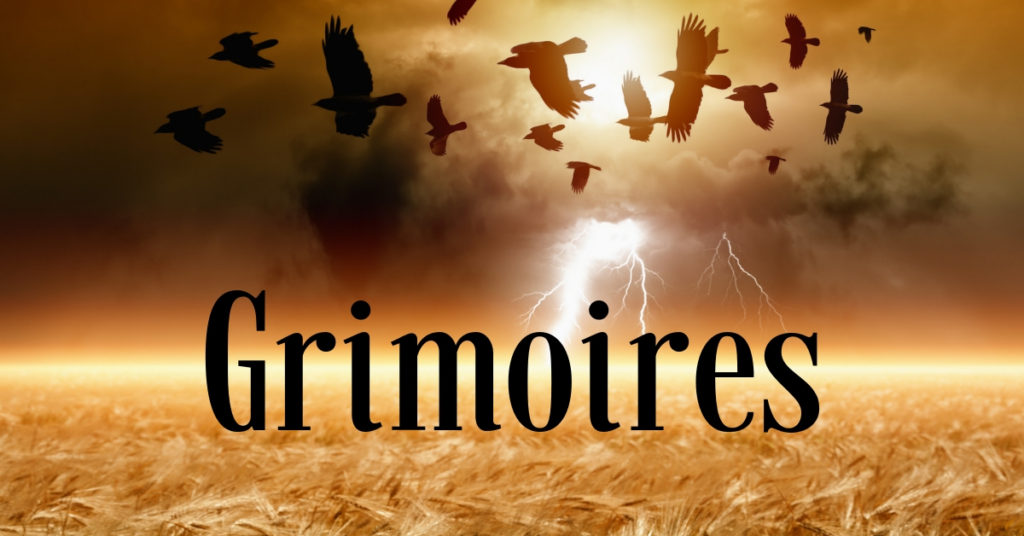 A grimoire is a book of magic. It often included instructions on how to create talismans and amulets, how to perform spells, and how to invoke supernatural entities. In many cases, the books themselves were considered imbued with magical powers, not unlike other sacred texts (such as the Bible). The term ‘grimoire’ comes from the French word ‘grammaire,’ which originally referred to books written in Latin. But by the 18th century, it had begun to be used to describe books of magic.

While grimoires are believed to have originated in Europe—the earliest were written on cuneiform clay tablets in ancient Mesopotamia (modern-day Iraq)—they have also been found around the world, from Jamaica to Sumatra.

In the 18th century, with the rise of the Enlightenment (a movement devoted to science and rationalism), there was also a persistent belief in magic and witchcraft, and many grimoires were produced during this time.

A grimoire plays a role in my upcoming release A MURDER OF CROWS. 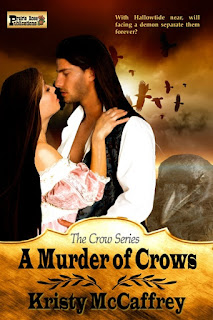 Bounty hunter Kester “Kit” Boggs, along with his brothers, tracks and destroys the vilest of men, both from this world and the next. With a Scottish and Comanche lineage, his connection to the supernatural is tied directly to the crow. For too long, he’s been hunting El Viejo del Saco, a demon known as The Bag Man who feeds on the blood of children. A rumor leads Kit to the Mexican frontier, where he must find a man called Hamish Kerr. But with Hallowtide descending, Kit has lost his ability to hear spirits, and his only hope is a woman whose family is a sworn enemy to the Boggs’ clan.

Eliza McCulloch’s ancestors hail from Scotland, her clan carrying an ancient curse and a warning—a McCulloch may never bind herself to a Boggs. When Eliza learns that Hamish Kerr stole her family’s book of spells, the McCulloch Grimoire, nearly two decades ago, she sets out to reclaim it. Often called witch, she possesses a unique skill to open doorways to the other side. But when she finds herself beholden to a Boggs for protection, her abilities take an unexpected turn.

As Kit and Eliza unearth far more than a stolen book, they must work together if they are to survive. But with the past pushing into their future, can they resist the growing desire between them? Is it possible for a Boggs and a McCulloch to find lasting love? Or will defeating the demon separate them forever?

Don’t miss all the books in The Crow Series

Book 1: The Crow and the Coyote (Jack’s story)

Book 2: The Crow and the Bear (Callum’s story) 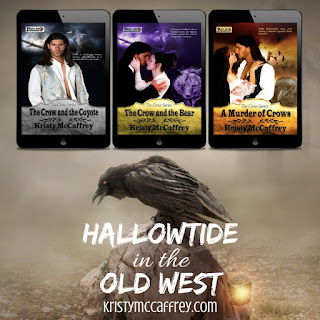 Excerpt from A Murder Of Crows

The door opened, startling Eliza, and Mister Boggs entered. He tossed a pile of clothing at her. “Put this on.”

She quickly sorted through it—a sturdier blouse and skirt, and new undergarments. “Thank you.” It was a kind gesture, considering the tattered state of her current clothing.

His gaze lingered on her, and she felt his interest as clearly as if he had touched her. Kester Boggs did want her.

A flash of warmth bloomed in her face and shot straight to her toes.

Why did she feel a sense of victory? Why did a part of her wonder what would happen if she agreed to the desire in his eyes?

Ambivalence held her rooted in place. She waited for Kester Boggs to be like all men, because surely he was like all men. But her woman’s sense, her witch’s sense, strummed a tune that said he wasn’t.

“I’ll be back in an hour,” he said. He pulled his Colt and held it out to her.

She stared at his hand, stunned. “What are you doing?”

“Yes.” She’d taught herself how to shoot. Her cousins had had little interest in learning about weapons, believing their other skills would keep them safe, but Eliza had always hedged all her bets. It was why she was willing to enter into an agreement with The Crow.

She grabbed hold of the gun.

“If someone other than me comes in, then shoot.”

Was he seriously giving her his weapon? “But it’s the only gun you have.”

“Sweetheart, you need to make up your mind. You’re not my prisoner. But if you’re about to go with me into the wilds to find Hamish, then you need to accept that I’m not your enemy.” Amusement glittered in his eyes. “At least, not yet.”