Read an excerpt from Rosemary – now on preorder 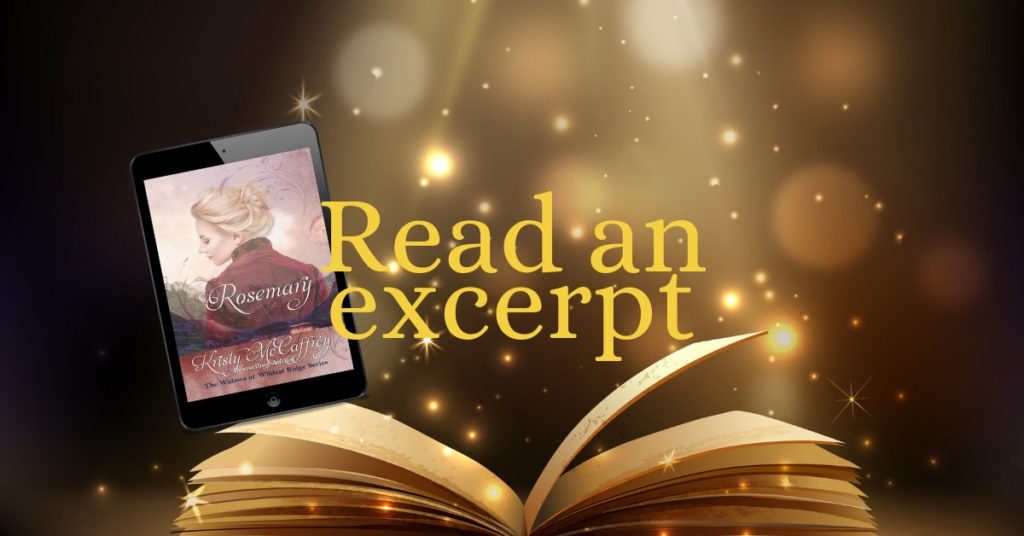 Rosemary is Book 11 of The Widows of Wildcat Ridge Series, but can be read as a standalone.

Available February 15, 2019, at Amazon and in Kindle Unlimited. 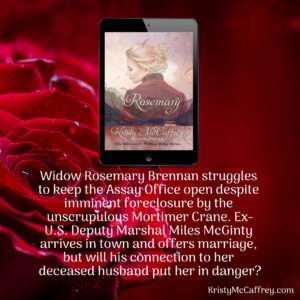 Rosemary and Miles have entered into a marriage of convenience to protect her from the unscrupulous mine owner, Mortimer Crane. In this scene, the boundaries of the marriage are tested.

Rosemary turned to him [Miles], her expression no longer congenial, her cheeks splotched with pink. “I feel the need to say something about your behavior today.”

“I know you went to the Gentlemen Only Salon. You should know that more than one person saw you.” Her chest heaved, and she appeared as if she were having trouble breathing.

“I understand that we don’t have a real marriage, but appearances can be everything. And while I’m sure you must feel the need for … companionship … I really must ask that you not do it in broad daylight, or so soon after our marriage has taken place.”

He moved to stand before her, near enough that he could indulge a subtle inhale of her distinctive smell of soap tinged with roses. “I wasn’t with another woman today.”

Her eyes flicked upward and met his.

Her rosy lips distracted him, and thoughts of kissing her took up every empty space in his head.

But Rosemary wasn’t like other women he’d been with. She might be his wife, but he was well aware he had no claim to her.

He didn’t move. It wasn’t lost on him that she remained rooted in place as well.

“Because I think he had something to do with the break-in at the Assay Office.”

“Marshal Wentz cleared him,” she replied, her voice carrying a slight tremble. He hoped it was for him.

“Maybe, but I decided to go to Cranesville to talk to the assayer there, a young man by the name of Frankie Edwards. Do you know him?”

She shook her head. “Are you trying to replace me?” Her eyes flashed with amusement.

“No. I wanted to know if Crane had a noose around him as well.”

Her gaze dimmed. “You think that Crane was using Jack?”

“It’s crossed my mind. And while Frankie didn’t say much about his relationship with Crane, he did admit something interesting.”

“He said Jack told him that you’re the best assayer in these parts.”

Her eyes widened in surprise. “Then why don’t I get more business?”

Her eyes narrowed. “Crane. Is it because he can’t control me?”

“I think it’s much simpler than that. You’re a woman.”

“Do you agree with him?”

She laughed, giving him a playful nudge against his chest. He caught her hand and held it, looking at their clasped fingers as he spoke. “I want you to be who you are, Rosemary, and I would never stand in your way.”

He raised his eyes to hers, searching for an answer to his unspoken question. Eyes that reflected a stark longing for him, giving him hope.

“I’ve only known you for days,” she said, her voice barely above a whisper. “I don’t understand this connection.”

He raised his free hand to her face and lightly ran a finger along her cheek. “I knew the first moment I saw you.”

She didn’t pull away. “You mean when I was running from Hector?”

“I wasn’t thinking clearly.” His thumb skimmed along her lower lip. “I jumped off my horse and blew any advantage I had. My only thought was to stop him. It’s a good thing you saved me.”

She closed her eyes and swayed toward him. He took the opening and bent his head to capture her mouth with his. 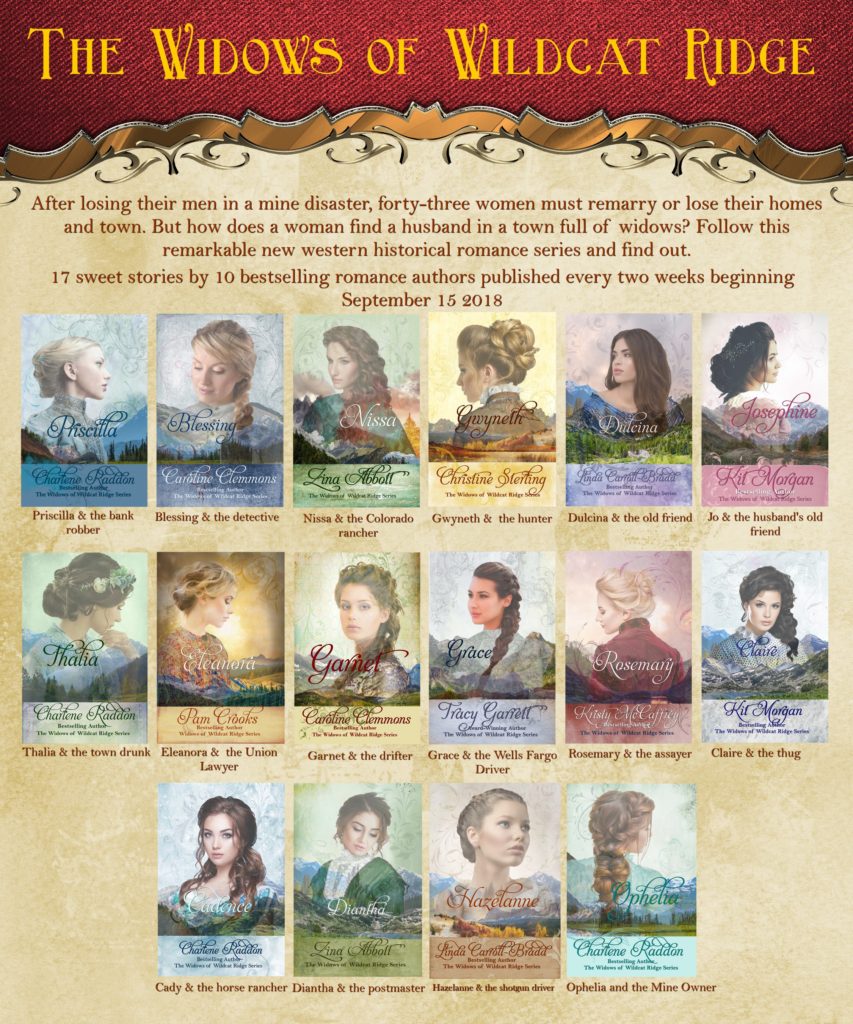