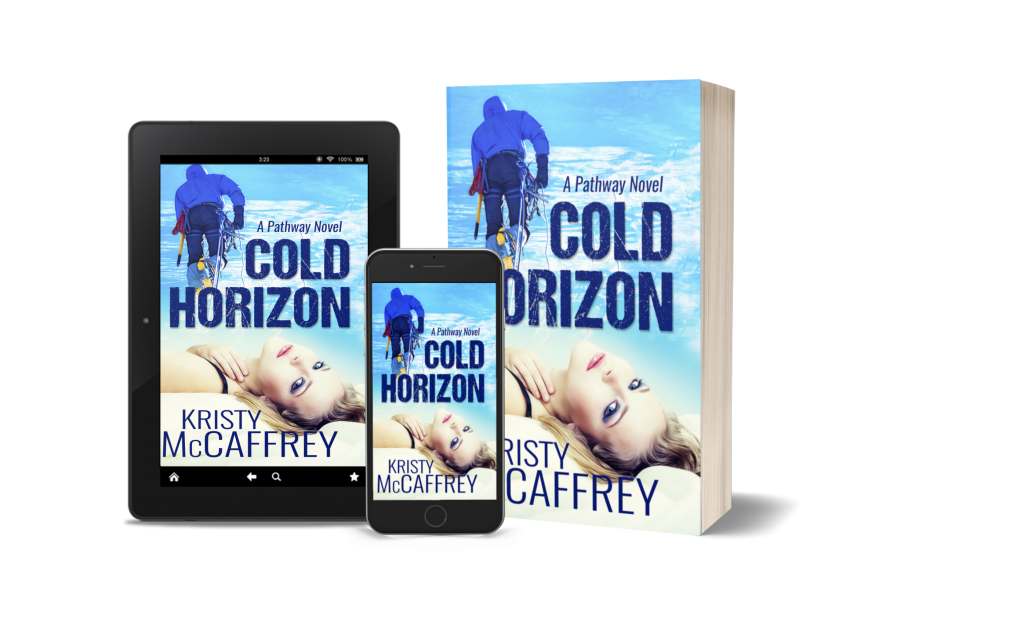 Two years ago, Lindsey Coulson lost her sister on K2, the second highest mountain on earth. Searching for answers, she sets out to climb the Savage Mountain. Mountaineer and freelance writer Ty Galloway has assembled a small team to conquer K2 and welcomes the esteemed climber. But K2 is a force unto itself, as is Lindsey. Both will test his limits. Both will test his heart.

The wind blasted Lindsey, threatening to rip her off the mountain and throw her into the abyss far below.

It was blisteringly obvious that K2 wasn’t going to give up her summit without a fight. Descending the Bottleneck in this shitstorm of low visibility was bad enough but having to guide an impaired Elena down was enough to give Lindsey sharp pangs of panic.

Had Alison been in this same spot, gripped with the same bone-deep fear?

Her sister had died on this mountain two years ago, likely not far from where Lindsey currently stood.

This won’t be my fate.

Two climbers materialized behind them in the darkness. For a moment, Lindsey thought it was Tyler, but that elation was dashed when the first one spoke with a German accent. Frieder.

They came to Ditch first, but to her surprise didn’t stop and instead climbed around him and Elena.

When they tried to do the same to Lindsey, she blocked them.

“Can you help us get Elena through the Bottleneck?” she asked.

Frieder stopped and said nothing, then finally shook his head and uttered one word, “Nein.”

To Lindsey’s shock, he said nothing more and climbed past her, hooking himself to the fixed rope.

When the second German, Volker, moved to do the same, she planted her axe in front of his face. “We need help with Elena.”

Volker shook his head. “We are spent.”

“Then she should not be here. Not our responsibility.”

“Bullshit,” Lindsey said. “It’ll go faster with four of us.”

Volker ignored her and climbed up a few feet to get past her. Then he went to the fixed rope, clipped on, and the swirling snow swallowed him up.

Stunned, Lindsey remained where she was, trying to quell her anger.

A loud snap filled the air, and then a rumble.

“Hold on!” she yelled, facing the mountain and tucking her head, praying her helmet would fend off any blocks of ice.

She closed her eyes and held her breath, waiting as the roar grew. A cloud of snow and ice slammed into her, and she held tight to her ice axes to keep from being blown off the mountain.

But the avalanche hadn’t hit them.

“Lindsey,” Ditch said. “Where are the Germans?”

Her headlamp revealed the fixed rope to be still intact. Maybe the two shithead Germans were okay. She almost didn’t care.

She swung her light back toward Ditch and Elena, trying to answer, but the words wouldn’t come. Ditch had retrieved his radio. “David, come in.”

In addition to Ty, Lindsey, and Ditch, their team had consisted of David Shaw and Billy Packer. Since Shaw had summited the day before with the Poles, a move that had irritated Lindsey, he had nonetheless stepped up to care for Packer at Camp Four until the rest of them could return to help.

“We think part of the serac broke off. Frieder and Volker might have gotten hit. Over.”

Ditch stowed the radio. “Is the fixed rope still there?” he asked Lindsey.

“It looks like it,” she answered, her teeth chattering.

Unable to move, all Lindsey could do was watch as he moved above her and soon disappeared into the snowstorm, just as the Germans had.

Ditch had hooked Elena to an ice screw before he had left them, so she was secure for the moment, allowing Lindsey to remain where she was and regroup.

She was shakier than she wanted to be.

The snow conditions were becoming untenable. It was too dark. A piece of the serac had just broken off, possibly killing Frieder and Volker. And if the two German men weren’t dead, how would anyone find them? Was there anyone left at Camp Four besides David and Packer?

And now, as the she waited for Ditch to return, she faced the fact that she might have to bivouac with Elena right here. Spending the night hanging off the side of K2 was a terrible idea, and one she wanted to avoid. Climbers joked that bivouac was French for “mistake.” And Elena had certainly made a mistake as she’d tried to reach the summit earlier today, instead of turning around. Now, Lindsey was paying the price for the woman’s piss-poor decision-making.

Knowing she needed to stop complaining, Lindsey switched to problem-solving mode, trying to corral her errant thoughts into something useful. Hours—no, it had been days—of oxygen deprivation was fast destroying her cognitive skills.

She had a bivy sac, but it was only meant for one person. There was no way she could secure it on this near vertical face, so they would need to ascend. But what if they got lost?

What about Ty? Was he still behind her? And wasn’t the other American team also downclimbing from the summit? If she waited long enough, surely they would meet up with her and could help get Elena down. But it was already so late. They could be hunkered down, bivouacking despite the lunacy of sitting still and waiting out the storm. Waiting for sunrise.

Or they could be lost themselves.