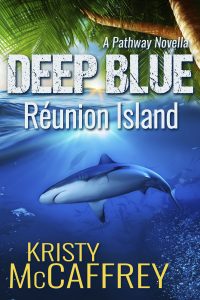 “Bull shark,” Grace confirmed. “And a big one by the look of it.”

Dr. Grace Mann has joined her boyfriend, underwater filmmaker Alec Galloway, on a trip to the French island of Réunion. Alec and his team—Dan “Double D” Donovan and Stephie Kim—have come to document the capture and relocation of mature bull sharks from the western coastline.

For over ten years, shark attacks have terrorized the people of Réunion, essentially ruining the diving and surfing industry. Angry exchanges between locals who want the sharks culled and a government trying to preserve the ecology of the ocean environment have failed to resolve the issue.

The relocation program is a last-ditch effort to bring a peaceful coexistence between humans and sharks, but Grace’s resolve will be tested as she enters the water with these tenacious predators. Bull sharks didn’t earn their name because they were polite.

Click here to purchase at your favorite ebook vendor.

Movement caught her eye, and she barely had a chance to shine the light of her camera toward it when a blunt nose slammed into her, shoving her violently through the water. The beady eye, a black slit against white, watched her, then its gills slid past in a flurry as the fish flicked and turned away, the dislodged camera sinking to the sea floor. Stunned, Grace struggled to keep her regulator in her mouth as the dark abyss swallowed up the equipment in the last bit of light.

She should swim down and retrieve it, but every fiber in her screamed to get out of the water. The shark had every advantage in the dark. Kicking her fins, she headed to the boat. When her head broke the surface, she spit the regulator out.

“Stephie! Get out of the water!”

The men were struggling with the captured shark and their shouts drowned out her voice. Stephie swam closer, struggling to keep her head out of the water, her heavy air tank weighing her down. A fin crested the surface behind her.

Grace ducked under, her mask still on, and pushed Stephie aside, extending her arm and shoving hard when the shark came close. The bull turned and her hand scraped on its rough skin as it bolted away.

Whipping her head above water, Grace sucked in a breath.

“You go,” Grace gasped to Stephie, who was still behind her. “I’ll watch your back.”

Stephie moved quickly to the ladder hanging off the boat, and Grace followed, her gaze continuously scanning the surroundings. A pressure wave pushed into her. She put her face in the water just in time to see a large shadow pass below.

The goddamned shark was beneath her.

Without looking up, she kept moving to where she thought the ladder was. The shadow turned, moving upward, revealing the unmistakable outline of a shark. The aggressive beast was coming straight for her. She readied herself to redirect with her hand, but it would meet her feet first. Did she have enough strength to kick it? Grace really didn’t want it to snag one of her flippers.

Pumping her arms, Grace prayed the boat was behind her.

With the shark almost upon her, she was suddenly yanked from the water. She flew onto the back deck of the boat as the shark slapped the surface with its caudal fin, turned sharply, and splashed her as it spun away.

“What the hell was that?” Alec said in her ear.

With relief, she leaned back into him. “Mother Nature’s perfect creation.” 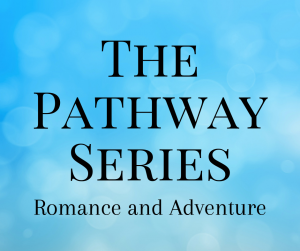