Sneak Peek of My Nano Project 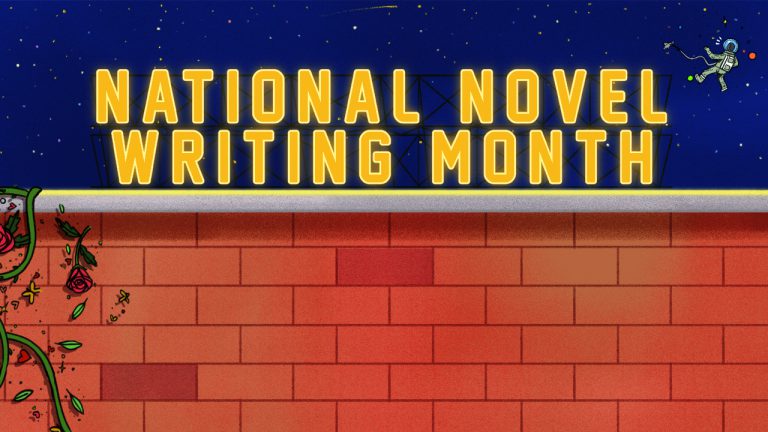 The month of November is known to writers around the world as Nanowrimo, which stands for National Novel Writing Month. Many of us sign up to write a 50K book in 30 days. I’ve done this twice before (for my novels THE BLACKBIRD and DEEP BLUE), and it’s a great way to push the creative muscles and silence the inner critic. This month, I worked on a new addition to my Wings of the West series (historical western romances). And I’m happy to report that I hit my goal! However, this isn’t the entire novel since I tend to write 75K books, so I’ll be revising and adding words/scenes over the next few months.

But I thought I’d share a brief unedited excerpt from my Nano manuscript. This is raw stuff, people, so it will likely be tweaked as I edit the story, but it gives you an idea of what I was going for. Also, I don’t have a title for this book yet. Would you like to contribute a suggestion? Hop over to my Facebook page (click here) and leave a comment. I’ll be picking two commenters to win a $10 Amazon giftcard on Sunday, December 6, 2020.

Kate Ryan has just been promoted to field agent at the Pinkerton Detective Agency. Her first assignment? Assume the role of  “wife” to fellow agent Henry Maguire, already undercover. Only Henry isn’t expecting her …

(Kate Ryan is the daughter of Matt and Molly from THE WREN.)

Excerpt from upcoming Untitled Wings of the West Novel

Henry scanned the room. Arthur Wingate stood with two gentlemen involved with the railroad, along with a low-level politician whose name Henry couldn’t recall at the moment.

He took a sip of his brandy … barely. He had no intention of clouding his judgment with alcohol this evening. This party was the perfect opportunity to determine relationships, because that had been something until now he’d struggled to learn. Asking questions outright was too obvious, and the players in this game were too savvy for the obvious. Henry needed to blend. And it had taken him six weeks of undercover work to even get to this point.

“Sir.” A valet drew his attention.

“Your wife has arrived, sir.”

What the hell? Louise was here? Now?

The agency had agreed that Louise Foster would be summoned when Henry sent word. And he hadn’t sent word. Dammit.

“Of course,” Henry replied. “Thank you.”

Henry thought of abandoning the drink he’d been nursing for the last hour, but instead kept it as he followed the valet through clusters of people laughing and chattering. In fact, he took a large gulp as he walked, to soothe his nerves. Sometimes his own rules needed to be amended. This wasn’t a disaster, he reminded himself. Louise was a good field agent, one he’d worked with before, and he respected her abilities. If she was here now, there must be a good reason. While his cover had included a wife, Henry rather liked working alone, and he’d told Jonesy, his boss, that Louise could join him when it seemed absolutely necessary. And it hadn’t been necessary … yet. But apparently Edgar Jones had pulled rank, thinking differently.

As Henry entered the foyer, his gaze landed on a young woman in a deep blue gown conversing with Arthur’s wife, Lottie, near the front entrance. For a moment, Henry considered what it would be like if he weren’t working, if he could simply pursue a conversation with an attractive woman. He had purposely not set down roots. His work made it impossible. Well, not impossible. He had simply not met a woman who could turn his attention from his work.

Reluctantly, he peeled his eyes from the attractive distraction and searched the foyer for Louise, but she was nowhere to be seen.

“She must have stepped into another room,” Henry said to the valet.

“No, sir.” The young man stopped and gave a nod toward Mrs. Wingate and the stunning woman beside her.

Henry was momentarily confused, an unnatural state since he kept everything in his life compartmentalized and in order. Recovering quickly, he said, “Of course, thank you. I must need my spectacles this evening.” He left the valet before he was forced to converse further, giving even more opportunities for a slip up. He walked slowly to the two women, since he wasn’t certain what he should say. Clearly, the valet had been misinformed.

Henry glanced over his shoulder, catching the backside of the valet as he left the foyer. With a twinge of regret, he made a sharp turn to miss the two conversing women, ignoring a flare of curiosity about the woman in blue. Now wasn’t the time for personal interests. Just as he was passing within three feet of the women, a voice rang out, “Gilbert! Darling!”

Henry stopped and faced the woman in blue who had spoken. She had used his alias. It all became clear in an instant.

She was his wife.

He plastered the biggest smile he could on his face. “Sallie, there you are.” He went to her, took her hand, and planted a kiss on her cheek.

His Sallie blushed, her cheeks a bright crimson, and although her skin had been smooth as porcelain, leaving a lingering impression upon his lips, he had to suppress his frustration—and a hint of anger threatening to uncoil in his chest. Instead, he kept his expression amiable and besotted, playing the part, saying, “I had no idea you were coming.”

He took some measure of pleasure when his new wife flinched ever so slightly, no doubt catching the flash of censure he allowed to escape his gaze. He could accept her as his wife, but it didn’t mean he had to like it.

But still, where the hell was Louise? Why had Jonesy sent this much too young of a woman with whom he had no acquaintance and could therefore not assess her skills as an agent? To make it all worse, his pulse had quickened as soon as he’d looked into her clear green eyes. She might be young, but a spark of intelligence snapped the distance between them.

“It was last minute, darling,” she replied, her voice tinged with excitement.

It was too late to turn back now. They had an audience with Lottie Wingate, who was watching them intently.

“I’m thrilled you’re here,” he said, taking Sallie’s hand again. He turned his attention to the older woman. “If you’ll excuse us, I’d like to have a word in private with my beautiful bride.”

“Certainly,” Lottie said. “It was lovely to meet you, Sallie. I hope we’ll have a chance to speak more. And you’ll have to accompany Gilbert the next time he comes here. We could have tea while the men discuss business.”

Having abandoned his drink on side table, Henry tucked Sallie’s gloved hand into the crook of his elbow and led her into the next room. He had wanted to speak privately, but in a flash he knew this would be impossible. It was too risky to engage in any kind of conversation beyond the benign while they were at this party.

“Would you like a drink?” he asked quietly. He definitely needed another one.

Sallie smiled and nodded, sliding a quick glance at him and then letting her eyes roam the room.

They found a waiter and Henry soon had a sherry in his wife’s gloved hand, and he had a whiskey, straight up. He drank it in one swallow. His wife narrowed her eyes, the first sign of backbone in the woman.

“I know my arrival is unexpected, Gilbert,” she murmured over the rim of her sherry glass. She took a sip and then said, “But rest assured, I’m here to stay. You’re not alone any longer.”