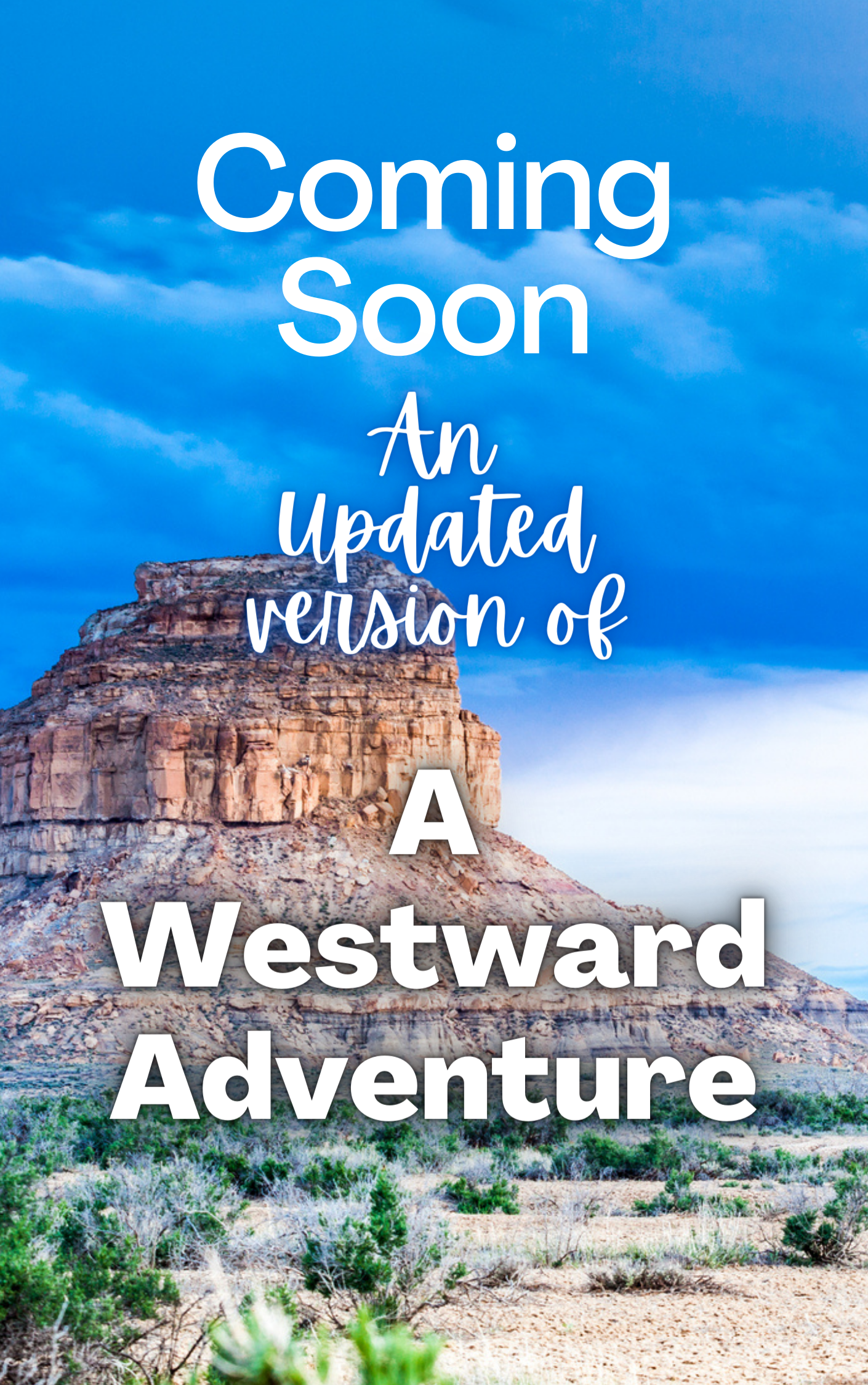 Aspiring novelist Amelia Mercer travels from New York City to Colorado to aid an injured aunt. When the stage is robbed and her luggage stolen, bounty hunter Ned Waymire comes to her aid, acquainted with the harmless culprit and wanting to spare the boy. But Ned also seeks to impress the independent young woman. Amelia's wish to never marry, however, clashes with Ned's desire to keep her reputation intact. When a final bounty from Ned's past threatens their future, she knows that A Westward Adventure isn’t just the title of her novel but the new course of her life.

“Funny at times but a sweet romance. Bounty hunter and naive writer find love when she bases her hero on the bounty hunter.” ~ Amazon reader

“…a lively story about an independent girl. I enjoyed it.” ~ Amazon reader

“Your name, miss?” The elderly town marshal, sitting at a desk across from her, watched Amelia with a shrewd gaze at odds with his weathered and wrinkled skin, creases fanning the corners of his eyes. She found herself unable to look away from the sagging flesh, intriguing in its complexity, and she knew she’d have to write down a description as soon as she had a moment to herself.

“Amelia Mercer.” Sitting ramrod straight on the wooden chair, she relaxed stiff fingers from the embroidered reticule on her lap and smoothed out her plaid wool traveling gown, the distress from the earlier shenanigans finally abating.

“What was stolen from you?”

“All of my luggage.” Dresses, hats, gloves, linen handkerchiefs, a cape made of wool, several shawls, extra boots and shoes, and unmentionables—she didn’t have one shred of clothing upon her arrival in the town of Laurel, except what she currently wore. A sigh of irritation escaped her lips. She hoped her aunt would be able to accommodate her until the hoodlums who held up the stage could be found.

The door banged open behind her and she twisted to see what caused the commotion. A filthy man with hands cuffed behind him stumbled into the room, followed by a taller one. And while the much larger one was sweaty and a bit unkempt as well, his presence filled the room. His dark gaze caught hers. He was every bit the rugged western man she aimed to write about. His Stetson wasn’t for show, dusted with dirt as it was. His attire spoke of days in the saddle, his boots and gun holster showcased a strong frame, his unshaven face proved that here in the west, men were men, and didn’t hide it.

Amelia caught herself staring, only this time it had nothing to do with wrinkles.

Many fine men in New York City had courted her, but at twenty-two, her attention became more difficult to capture with each passing year. Were they simply too clean? The thought amused her.

I need to write these gems down.

“Lloyd Billings,” the marshal exclaimed. “How on earth did you find him, Ned?”

“It’s a long story, Ike. I beg pardon on the interruption, miss.” The hale and hardy man nodded in her direction. “I’ll just put him in the holding cell and return later to work out the details.”

“Sounds good,” the marshal replied. “Now, Miss Mercer, where were we?”

Reluctantly, she shifted her gaze from the finest specimen of man she’d ever seen to the wrinkly lawman.

“Please describe each piece of luggage and the contents,” Marshal Ike said.

Amelia frowned as she attempted to concentrate, mumbling her way through the belongings contained in two trunks and one satchel.

“They stole it all?” Ike asked.

She lost track of the conversation as she listened to the rugged man locking the cell and walking to the door.

“I’ll be back to collect the bounty.” And with that, the compelling stranger was gone.

“You sure did bring a great many belongings with you,” the marshal continued. “You plannin’ to stay long?”

“Yes, as a matter of fact, I am. Theodora Thurston is my aunt. I’ve come to visit with her.”

“Of course. We’re finished here. As soon as I know somethin’ about the robbery, I’ll let you know.” He stood. “Let me escort you to Teddy’s house. It’s on the far end of town.”

“I’d be most grateful.” Amelia stood. “May I inquire as to who that man was?”

Amelia was certain her heart skipped several beats. She’d found the hero of her novel and wondered how she might encounter the gentleman again. She thought to ask the marshal, but he might think her forward, and she didn’t want to embarrass her aunt. She’d have to find another way to inquire about Ned Waymire, Bounty Hunter.

She couldn’t wait to get to the privacy of her room so she could describe the man of her dreams. Her heroine’s dreams, she corrected. 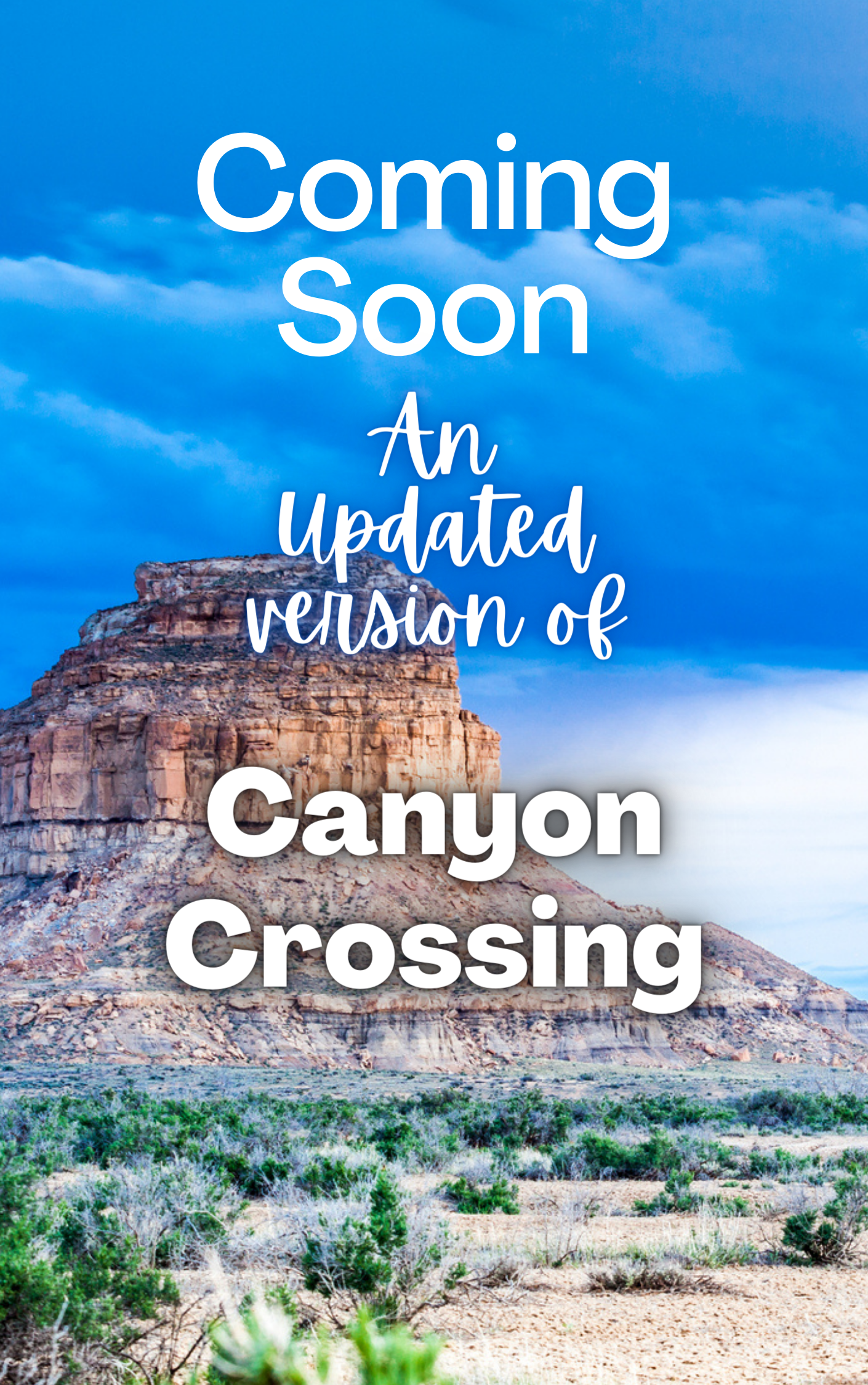 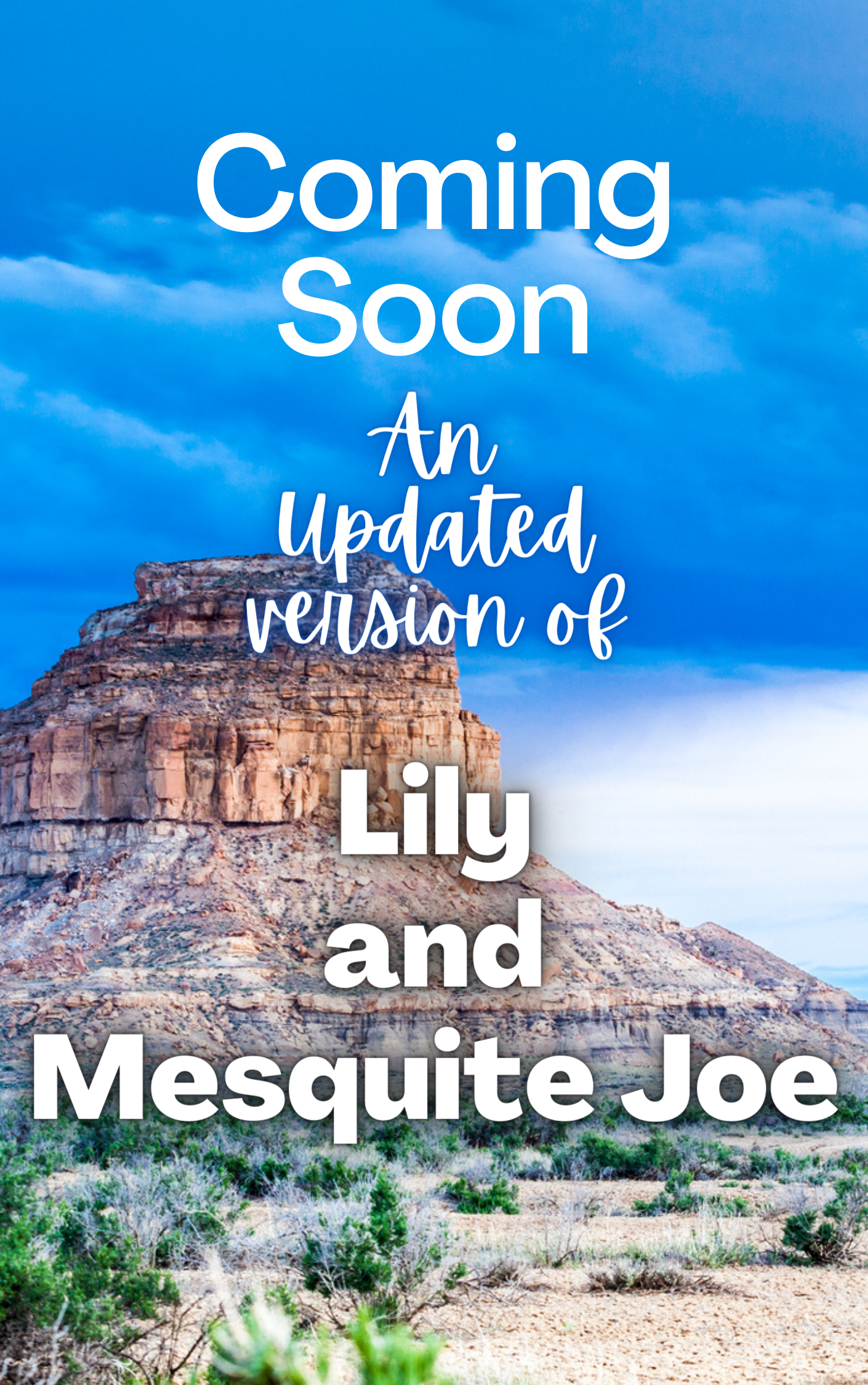 The front door opened and shut, and in the next instant Ned Waymire filled the parlor entryway. As soon as Amelia locked eyes with him, he froze.

“Ned, I’d like you to meet my niece, Amelia Mercer.” Teddy waved him into the room. “Amelia, this is Ned Waymire. He boards here. There’s also another gentleman, but he’s been away recently.”

Mister Waymire removed his hat, revealing dark hair, and cleared his throat. “Pleased to make your acquaintance, miss.” He stepped forward to take her hand.

The touch was warm and his sun-darkened fingers overwhelmed her pale ones. As she smiled and nodded, she tried to ignore the tingling sensation that crept up her arm. Up close, he exuded even more strength than was apparent in the marshal’s office.

A man who spent his days outdoors.

A man who called the earth his home.

Vivid blue eyes stood out on a sun- and whisker-darkened face.

He was the perfect western hero.

“I just saw you,” she said, glad her voice sounded calm considering how her insides quivered.