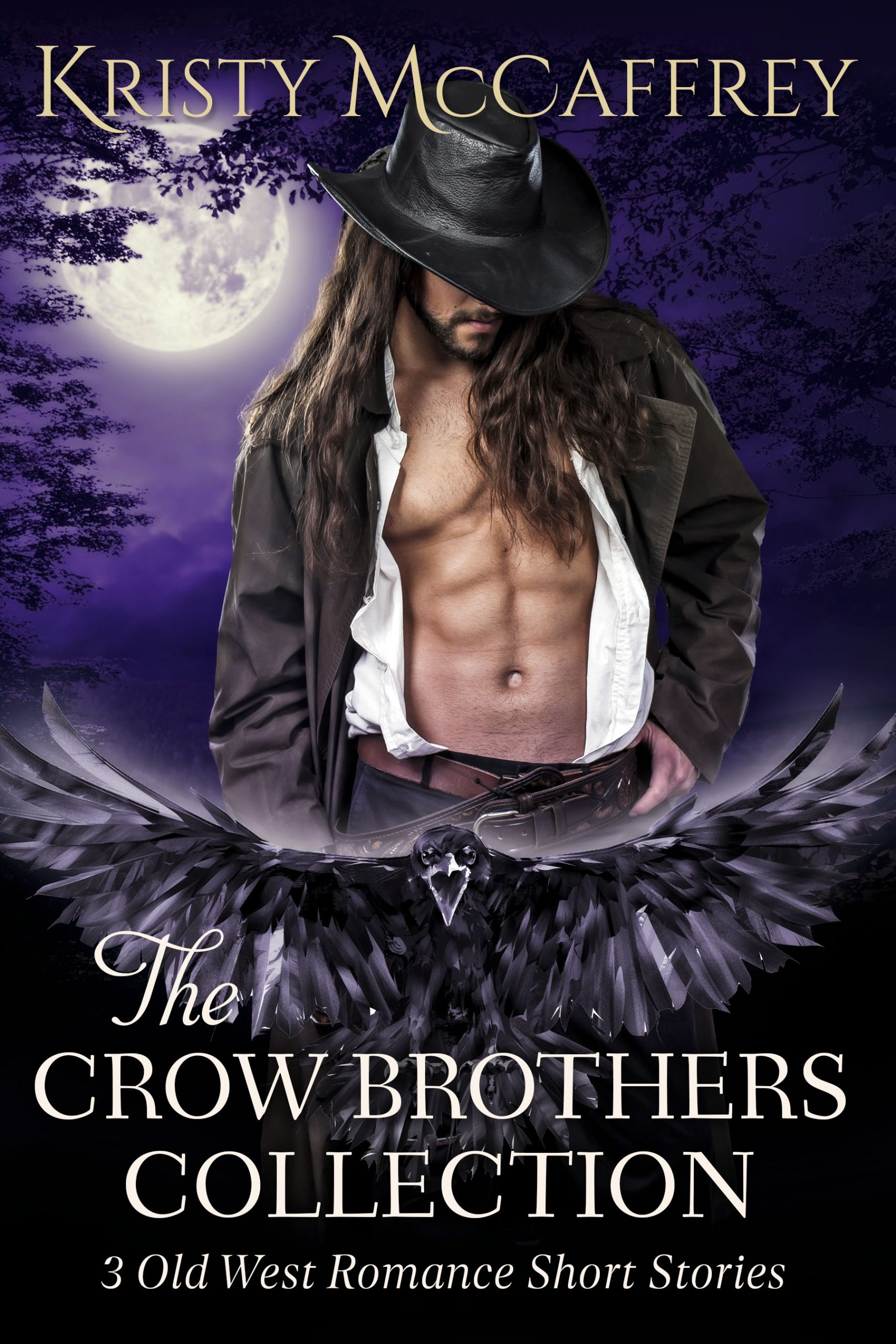 Don’t miss this collection of short stories filled with chills and romance.

It’s Hallowtide in the Old West. Join three bounty hunters fighting dark magic and the women destined to love them.

The Crow and The Coyote
In Arizona Territory, Hannah Dobbin travels through Cañon de Chelly, home to the Navajo, in search of a sorcerer who murdered her pa. Bounty hunter Jack Boggs—known as The Crow—is on the trail of a vile Mexican bandito, but with the shadows of Hallowtide descending, more dark magic is at hand than either of them know.

The Crow and The Bear
Hunting an outlaw, bounty hunter Callum Boggs—sometimes called The Crow—arrives in the mining town of Silverton on a cold October day. Skilled in the technique of dream scouting, he’s narrowed the location of the criminal to Silas Ravine, a haunted place avoided by the townsfolk. Jennie Livingstone knows her papa is in trouble. When none of the local men come to her aid, she must accept a newly arrived stranger as her only ally. Venturing into the mountains to track her father, she can hear more than the whispers of man. The mines carry spirits, and her only hope in navigating the living and the dead lies with The Crow.

A Murder of Crows
Bounty hunter Kester “Kit” Boggs, known as The Crow, is tracking a demon who feeds on the blood of children. Eliza McCulloch is determined to reclaim her family book of spells. The same man holds the key to both. As Kit and Eliza unearth far more than a stolen book, they must work together if they are to survive. But with the past pushing into their future, can they resist the growing desire between them?

These stories were previously published separately.

“A suspenseful ride into the supernatural with a western twist.”
~  Devon McKay, author of Lead Me Into Temptation, Gold Dust Bride Series

The Crow and The Coyote

Jack Boggs came upon the camp in the blackness of night. A form lay near a smoldering fire. A quick perusal told him it was female. Disappointed, he rested his gun against his thigh from where he crouched.

He'd followed these tracks all day, but instead of leading him to Ignacio Lopez, they ended here. He had no interest in befriending anyone, but perhaps the woman might have seen Lopez in the area.

The end of a barrel jammed hard between his shoulder blades. “Do not move.”

Shocked by the sound of a gravelly, Indian-inflected voice, he couldn't believe a woman had crept up on him.

He let the Colt slide to the ground before him, then slowly raised his arms.

“Stand, and move away from that gun,” she said.

Hopefully, she wouldn't notice the second one still holstered. He stood. The metal dug into his back again—from the feel of it, likely a double-barreled shotgun—prompting him forward. He stepped over his weapon, and heard the Indian woman retrieve it.

“Hannah, wake up,” the woman said as they approached.

Jack chanced a glance over his shoulder. A short, elderly Navajo woman eyed him with suspicion.

The female on the ground stirred, then sprang to her feet.

“I told you we were followed,” the old woman said.

Hannah's gaze shifted to him. “Who are you, sir?”

“The name's Jack. I'm in pursuit of bounty.” He ceased inching forward, and the shotgun dug into his back once again.

“What bounty would that be?”

“A bandito by the name of Ignacio Lopez. I mean no harm to you and soft shoes back there.” He nodded over his shoulder.

Hannah considered him, then agreed. “Sani, put the gun down.”

To Jack's surprise, the Indian woman acquiesced. Carefully, he lowered his arms. “Would either of you by chance know anything about Lopez?”

Sani came to stand beside Hannah, gripping the shotgun in one hand and his weapon in the other. Even in the dark, he sensed her brittle glare.

“We might,” Hannah answered. “Would you care to join us at our fire?” She scanned behind her. “At what is left of our fire?” she amended.

He gave a curt nod. “Might I trouble you for the return of my gun?”

Hannah motioned for Sani to give it back, which the old woman did, her features schooled in a skeptical frown.

He wasted no time holstering the weapon, hoping to gain their trust.

They all settled around the barely-glowing embers.

Hannah stoked the fire, re-igniting a small blaze, then spoke in soft undertones to Sani. Jack caught snippets of Spanish mixed with a dialect he assumed to be Navajo. He knew only a smattering, the Navajo language far more complex than any he'd encountered in the past few years of hunting bounties in Texas and the territories.

Hannah turned her gaze upon him, now viewing him as sternly as old Sani. After a moment of contemplation, she murmured again to the Navajo woman.

“It's rude to talk behind someone's back,” he said, removing his hat and running fingers through shoulder-length hair.

“I agree,” Hannah replied. “Are you called Crow?”

Even in the darkness, his jet-black hair was hard to miss. That had to account for why she guessed the moniker frequently attributed to him.

Hannah took a deep breath. “Well, then, Sani and I would ask for your assistance—in exchange, of course—for our help in locating Señor Lopez.”

“You know his whereabouts?”

She nodded, but then amended, “Well, maybe not his location precisely, but we've some idea who he might be with.”

She regarded him in silence. For such a young and pretty thing, she was turning out to be a shrewd negotiator. “Do we have a deal?”

“We're after a Navajo called Hastin Yazhe.” Hannah spoke quietly. “He has something I want returned, a silver cross that belonged to my pa. If the man you trail is in these canyons, Yazhe will get him—if not now, then eventually.”

Pinpricks pierced the back of Jack’s neck, bringing his attention fully to the young woman across from him.

“Who is this Yazhe?” he asked.

“A sorcerer. A demon. Depends on your religious leanings, I suppose. I believe him to practice evil.”

“Why would you come after him alone? Are there no men aiding you? Where are your husbands?”

“I've no husband,” Hannah replied, “and Sani has long been without her love. I wouldn't pursue this man if it wasn't of utmost importance.”

“He murdered my pa and left his spirit in limbo. When I get that cross back, I'll be able to undo the dark works that have imprisoned my pa's soul. I'll be able to set him free.”

A foreboding of apprehension caught Jack by surprise, sending a shiver down his spine. He knew something of spirits and superstitions, but he also knew that men begat violence for no other reason than that they could.

He also knew that the two women before him, while spouting paranoia, were entirely lucid—and deadly serious.

That concerned him most of all. 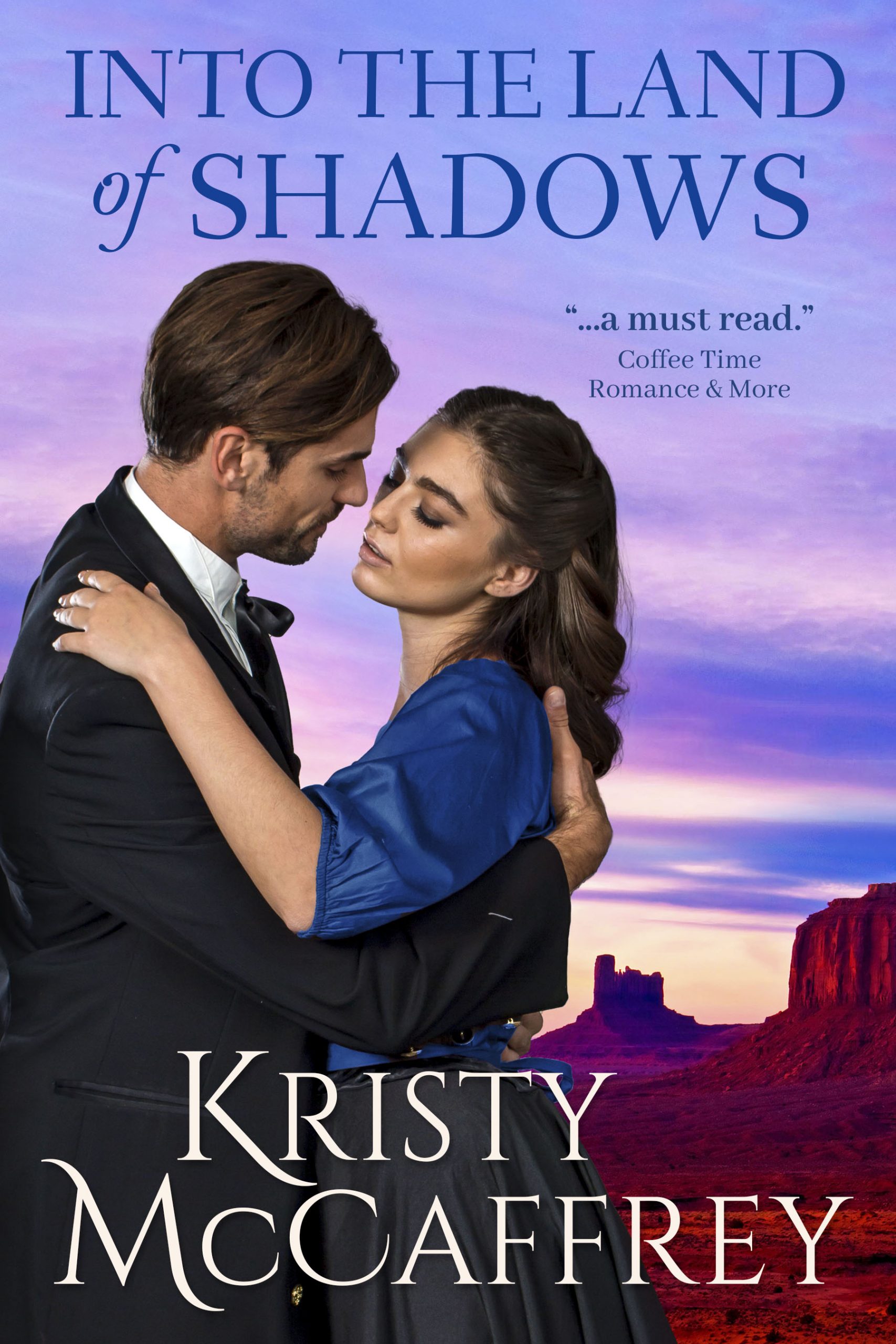 Hannah awoke before dawn from her pallet by the tiny fire she and Sani had allowed themselves. For the first time since her pa died some three weeks ago, her dreams had been calm. She turned on her side and watched the man called Crow, slumbering several feet away beside a horse he’d retrieved the previous night. The presence of both had kept the spooks at bay, and a feeling of safety washed over her.

She wondered if trusting the man was wise, but Sani grudgingly accepted him. Truthfully, they could use his help. None of the Navajo men would accompany them—they insisted on distancing themselves from the actions of two women not in their right minds. Hannah knew the beliefs of the Navajo—that stirring up spirits would not end well—but she had no choice, not if she wanted to help her pa. She knew, however, that if she and Sani weren’t careful they could both end up dead.

Mr. Crow consumed a large space in this world with his obvious physical presence, and a look in his dark eyes that was both remote and calculating. She sensed he walked a fine line between justice and violence. It didn’t frighten her, but she did wonder if she could trust him.

He awoke, stood, and immediately checked his horse. Then, he looked directly at her.

Hannah pushed to a sitting position and nodded. Sani snored softly beside her.

He produced a bag of grain and fed his animal.

“No. Our animals are up that way.” She indicated the direction with a nod.

“You’re on the trail of an evil Navajo, as well as likely following Lopez—just as evil I might add—and yet you let your animals run free and you had a fire last night.” He shook his head, his black tresses brushing the edge of his shirt. “You’re not doing a good job of hiding yourself.”

Hannah stood and moved toward him, so as to not disturb Sani with their voices. “We’re not close to those we follow.”

He stepped back from his horse and scanned their surroundings, then planted hands on hips and fixed her again with that penetrating gaze. “How do you know?”

Hannah watched him, liking the way his eyes slanted slightly down, and the stubble that covered his face tanned from the sun. His hair was so black—like an Indian—but he didn’t have the look of the Navajo, or the Hopi, or any of the peoples in the area she and her pa had visited.

“Sani has visions,” she replied.

His mouth turned up in the barest hint of a smile. “Naturally.”

“So your name is Jack Crow?”

“No. It’s Jack Boggs. I’ve been called Crow from time to time.”